A look at the Midget Golf course in Muiderberg, Netherlands.

Charter member of the Crazy World of Minigolf Tour Christopher Gottfried has visited another minigolf course while on holiday, this time in the Netherlands. 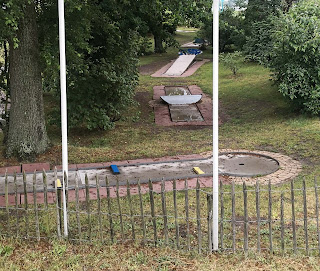 While cycling he spotted the flags and sign for the 18-hole Midgetgolfbaan De Leeuwenkuil in Muiderberg. 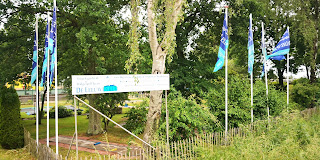 You can find the 18-hole Midgetgolfbaan De Leeuwenkuil at Nienhuis Ruyskade 3, 1399 GR Muiderberg, Netherlands. The course opened in 1967! Visit the course website for more information. 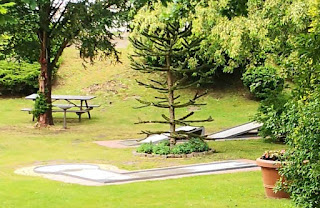 Christopher has now visited 27 courses on his own branch of the Crazy World of Minigolf Tour. Emily and I have also visited eight of those courses, but 19 of the courses are from travels to other courses in the UK, Turkey, Majorca, Italy, Netherlands, Luxembourg, Germany, France and Indonesia!

The combined total of the Crazy World of Minigolf Tour is now at 909 courses visited!
Posted by Richard Gottfried at Tuesday, May 28, 2019