Playing the Crazy Golf course at Bitts Park in Carlisle.


On the 5th April 2012 we visited Carlisle and the Crazy Golf course at Bitts Park.

The Bitts Park course was one of 13 we played on a roadtrip that took us to 49 minigolf courses in England and Scotland.

The Crazy Golf course was similar to the Eternite style, but each hole had a fibreglass obstacle on it, including one Humpty. The course was the 289th played and 471st visited on our Crazy World of Minigolf Tour. 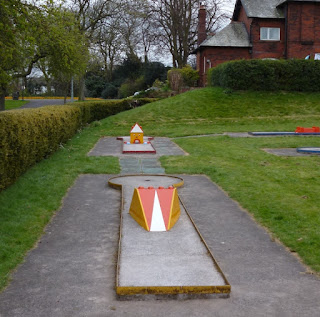 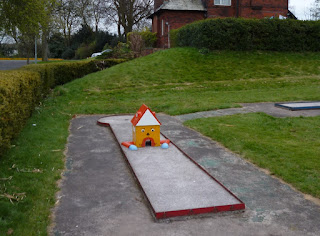 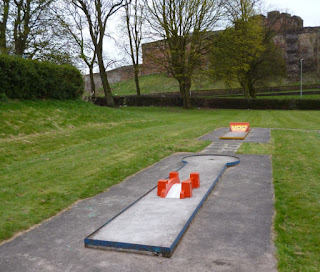 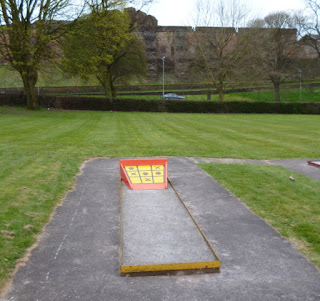 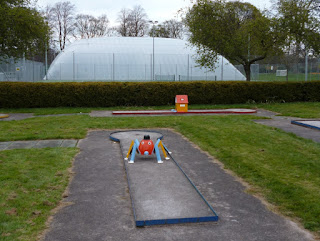 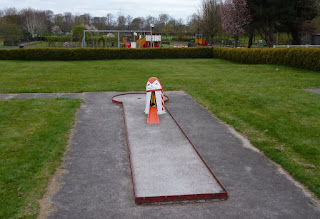 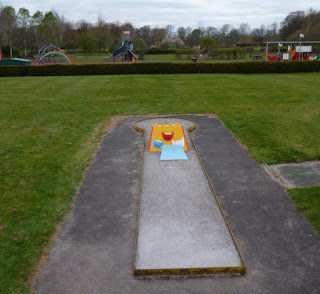 However, only one of the holes was anything but a straight 'lane'. With the pyramid obstacle hole being a dogleg right.


We found somewhere to have a nice sit down after our game too.


Related blog posts:
- Visiting a further 49 Minigolf and Crazy Golf courses in England and Scotland
- Unplayed Minigolf Courses on our Roadtrip to Scotland & Back
- Crazy World of Minigolf Tour