A revisit to the Mini Golf course in Gravesend's Woodlands Park. 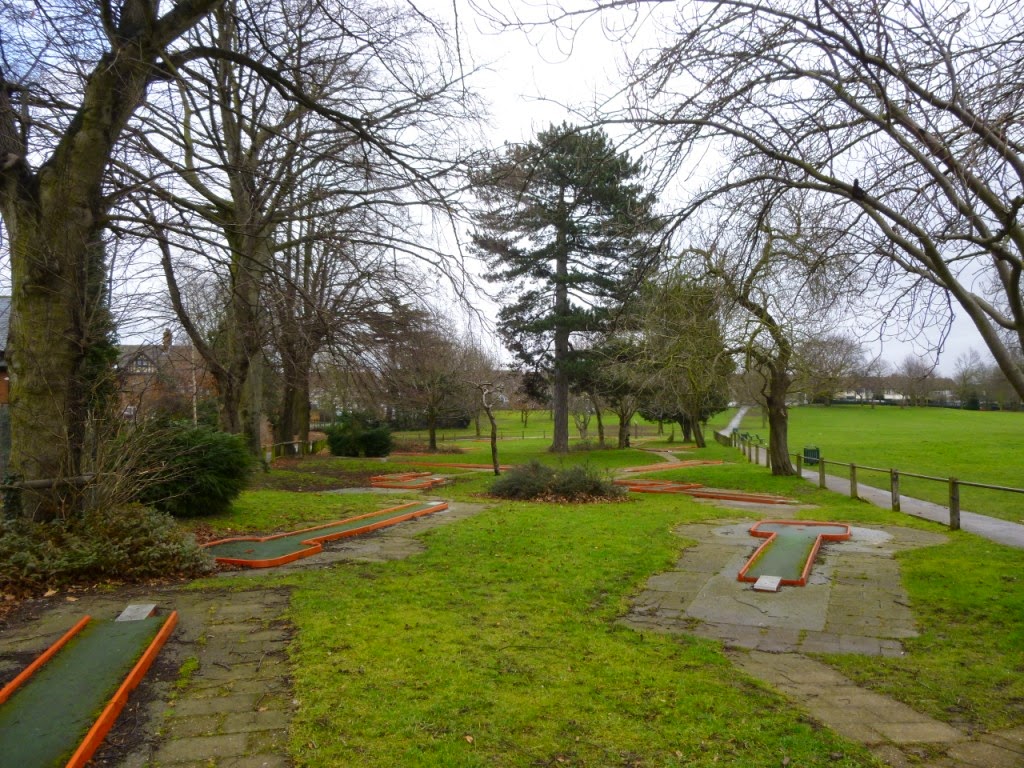 Back in February 2009 we visited Gravesend and had a play of the abandoned Crazy Golf course in Woodlands Park. Six years on and I was in town again and had to have a look at the course.

Nothing much had changed.

The course is still in an abandoned, derelict state, but surprisingly the felt and frame of the 18-hole layout still looks to be in a pretty decent condition.


Interestingly when you look beyond the existing holes you can see the foundations of the course that was originally there. It looks like the course used to be similar to some of the Beton and Eternit courses more often found in continental Europe. 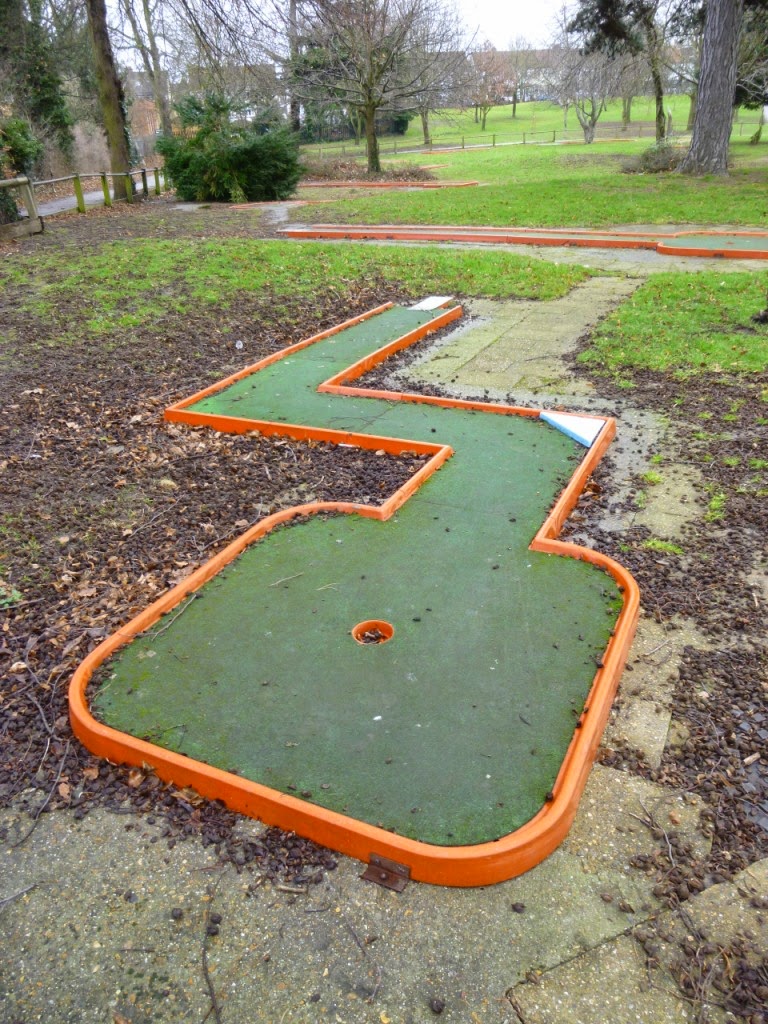 My guide for the day was Brad 'The Fist' Shepherd who had a walk round the course and reminisced about some of the holes-in-one he scored on the miniature golf course when he was a lad. 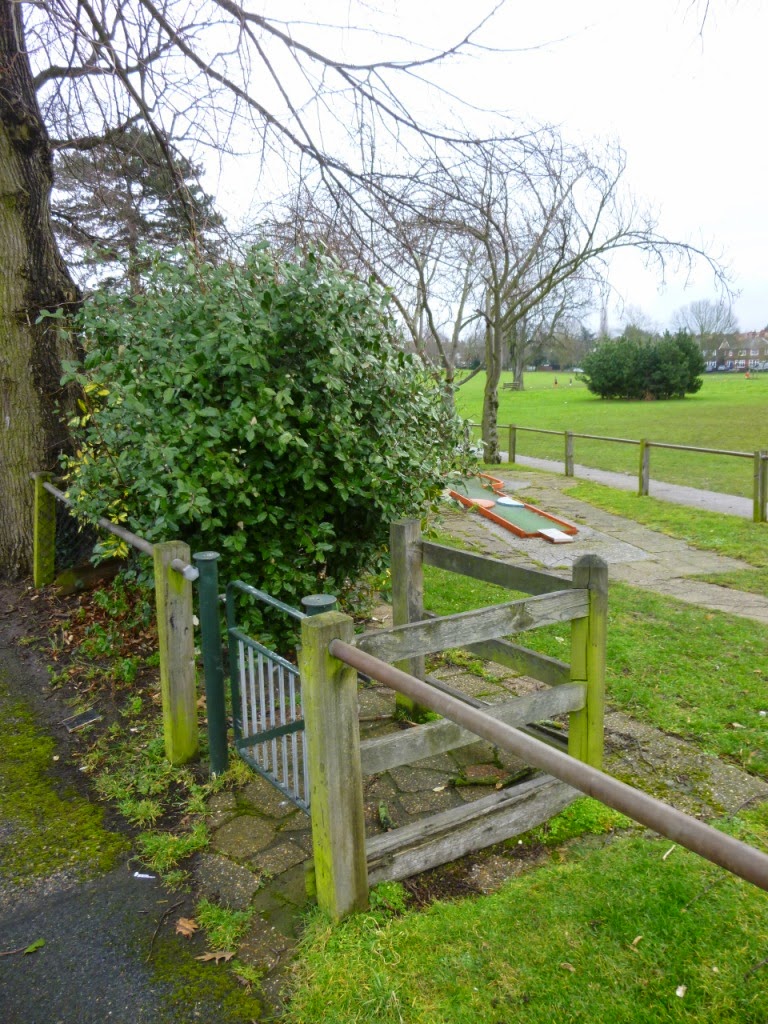 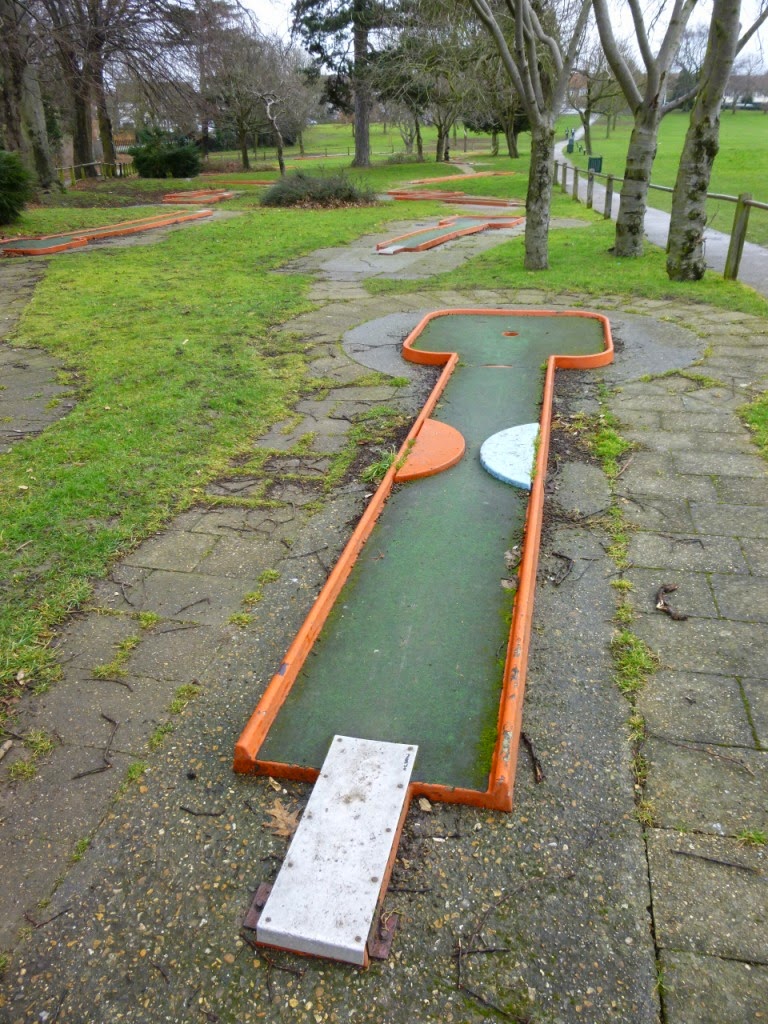 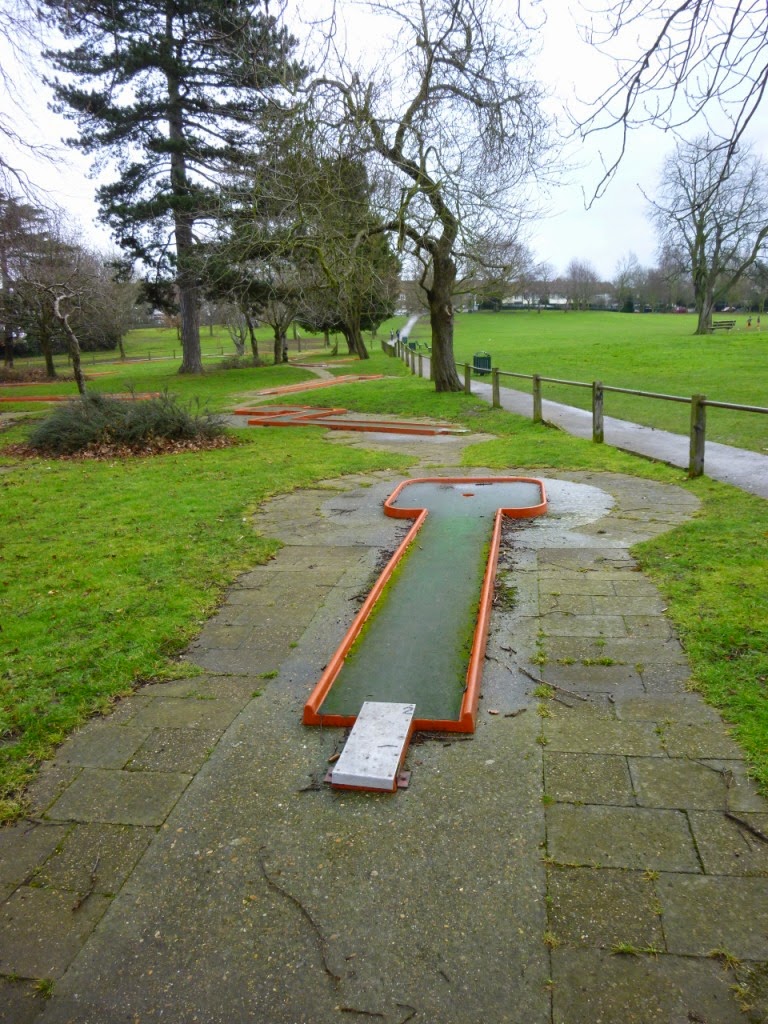 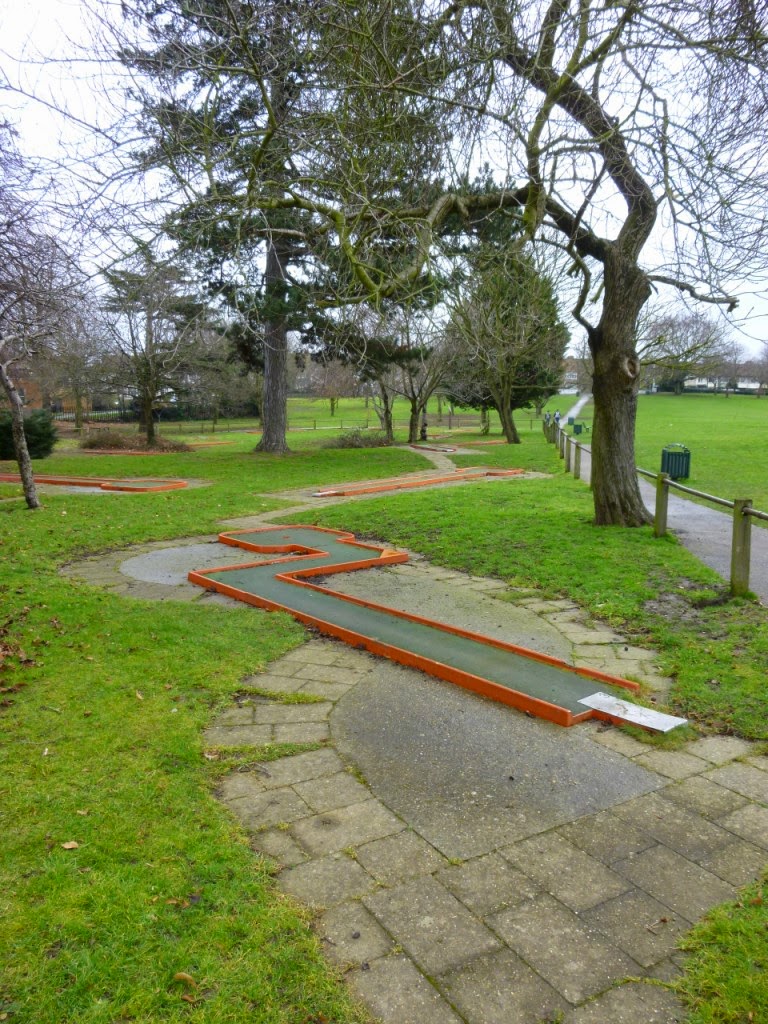 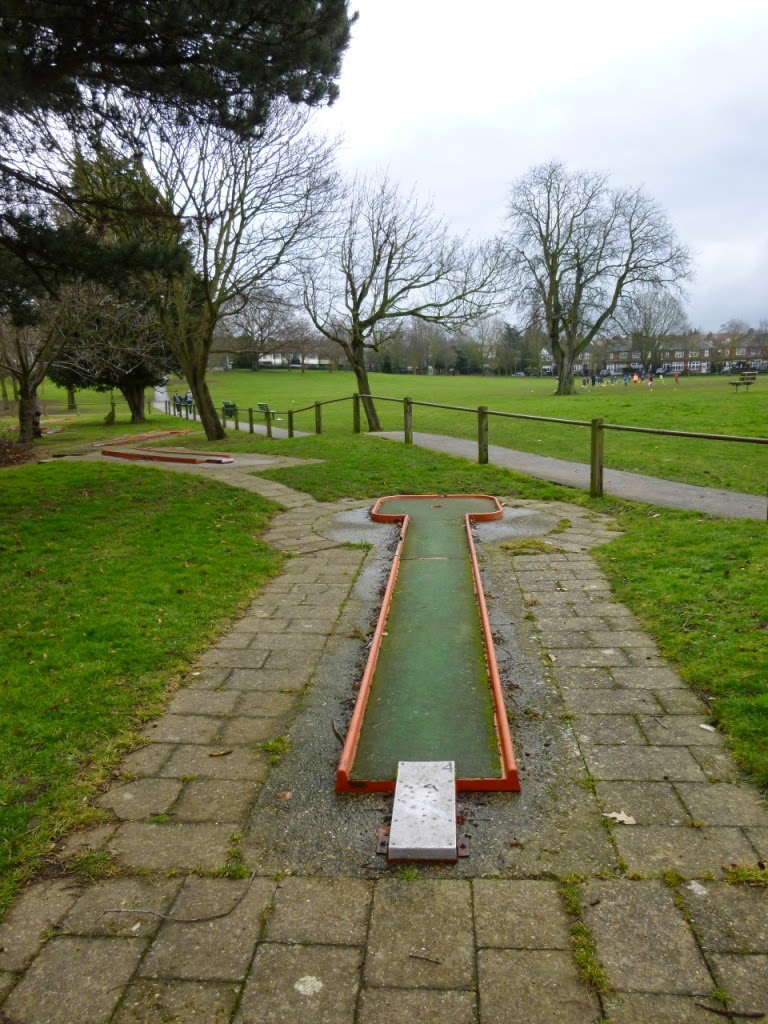 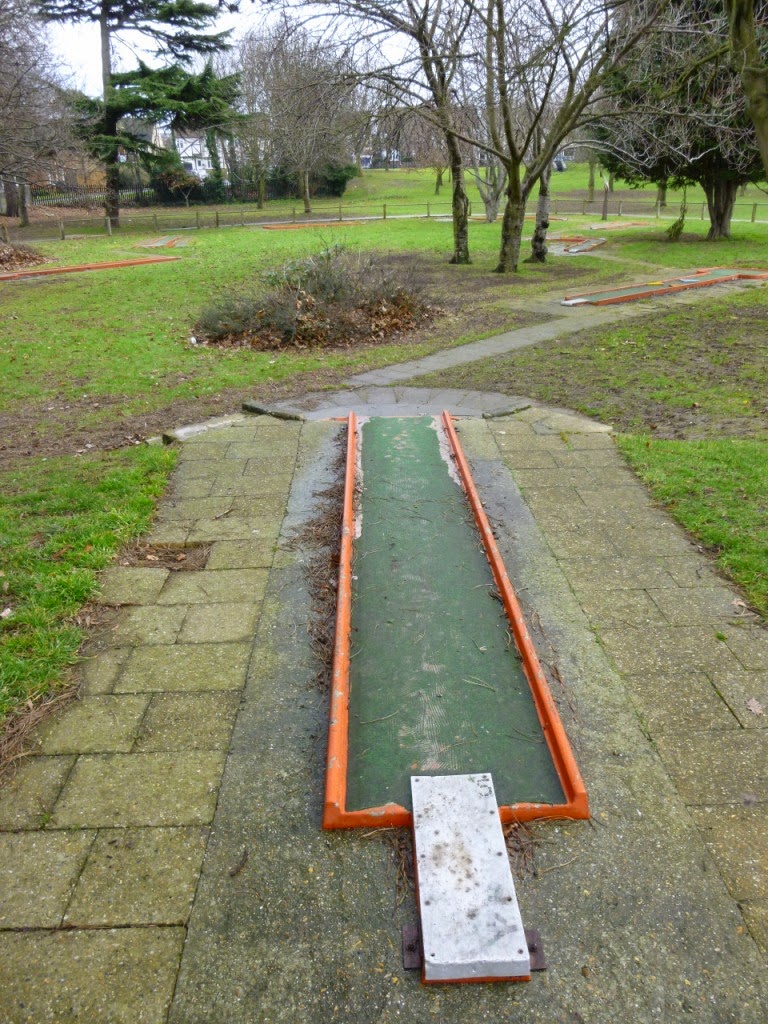 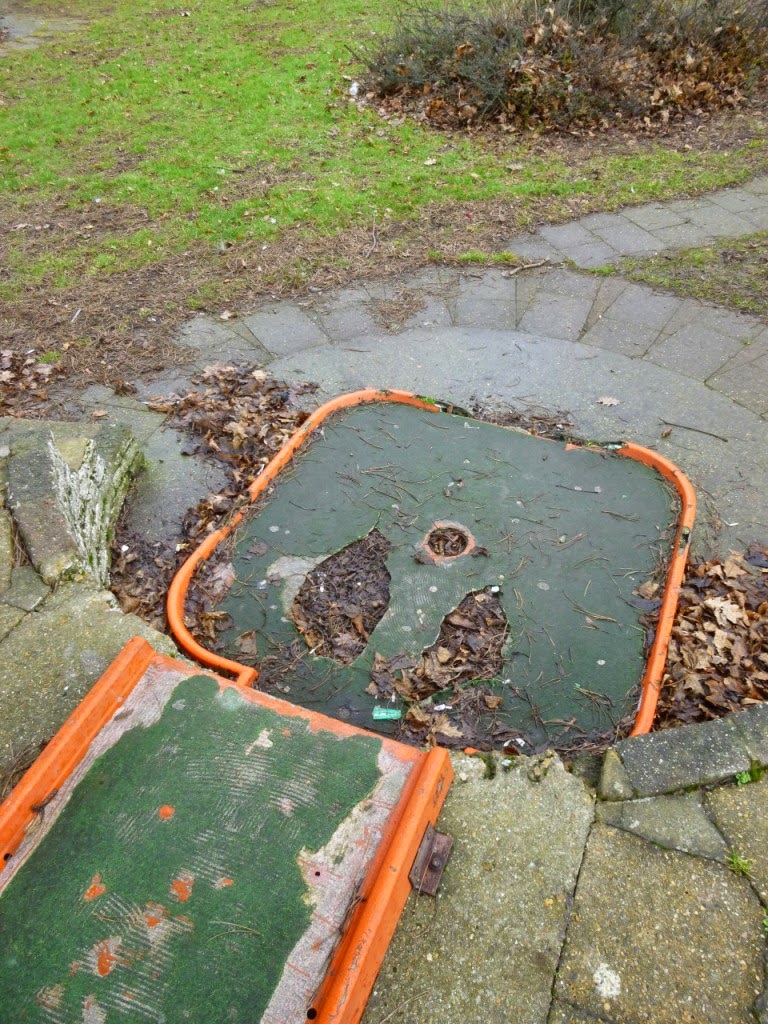 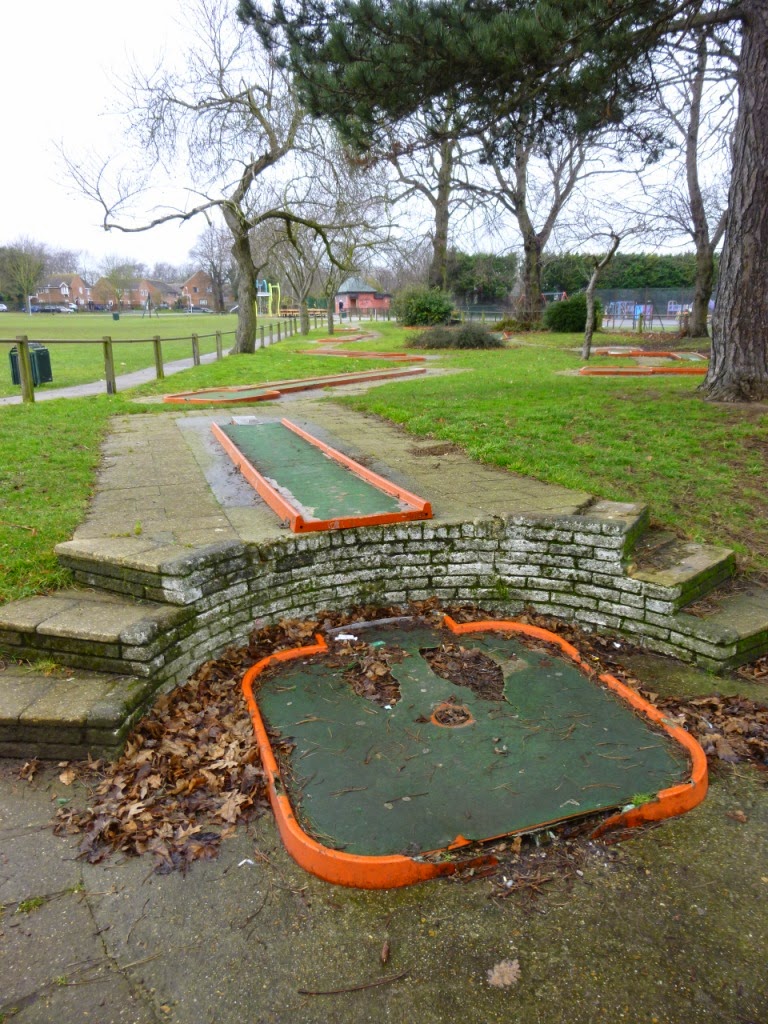 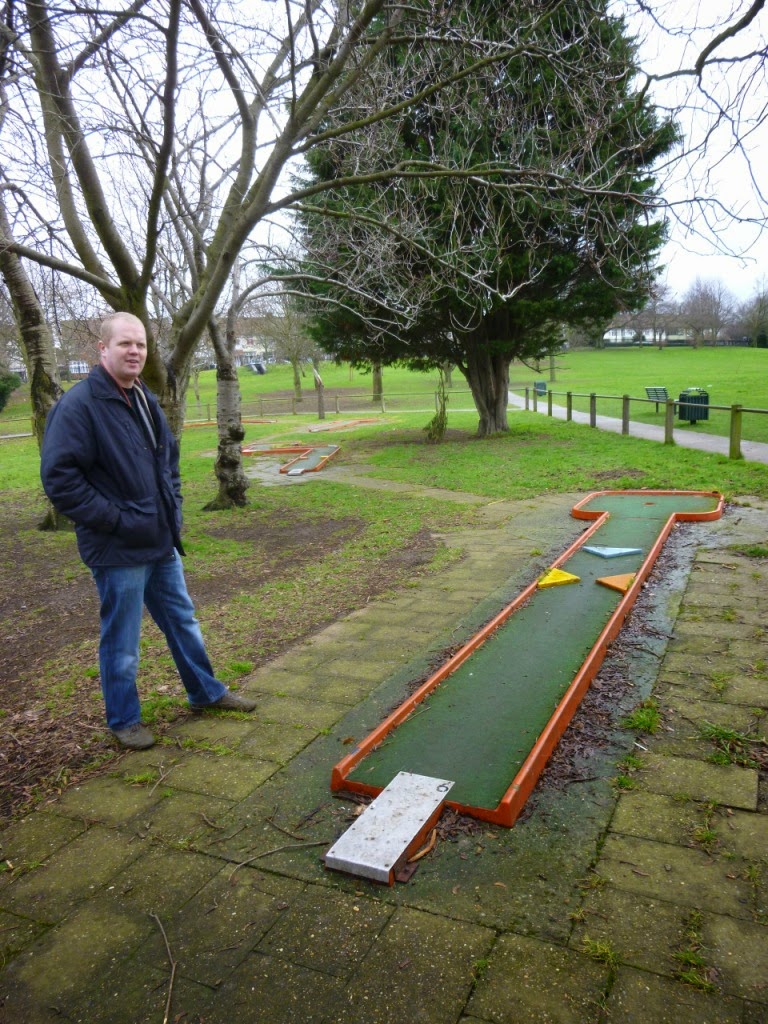 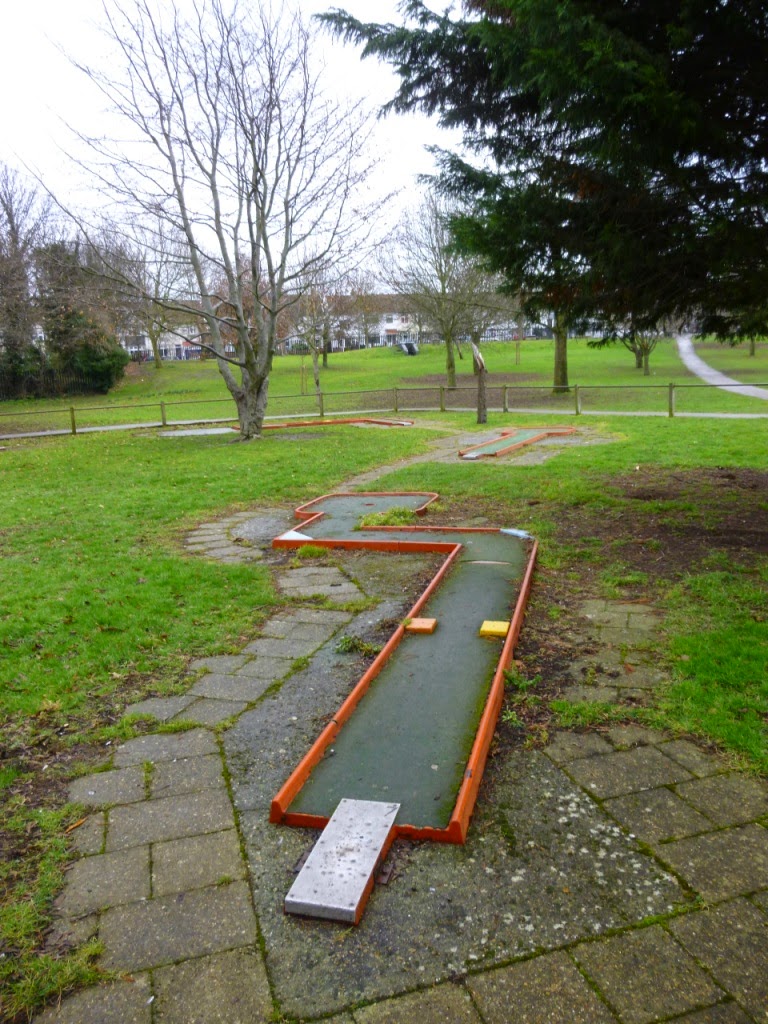 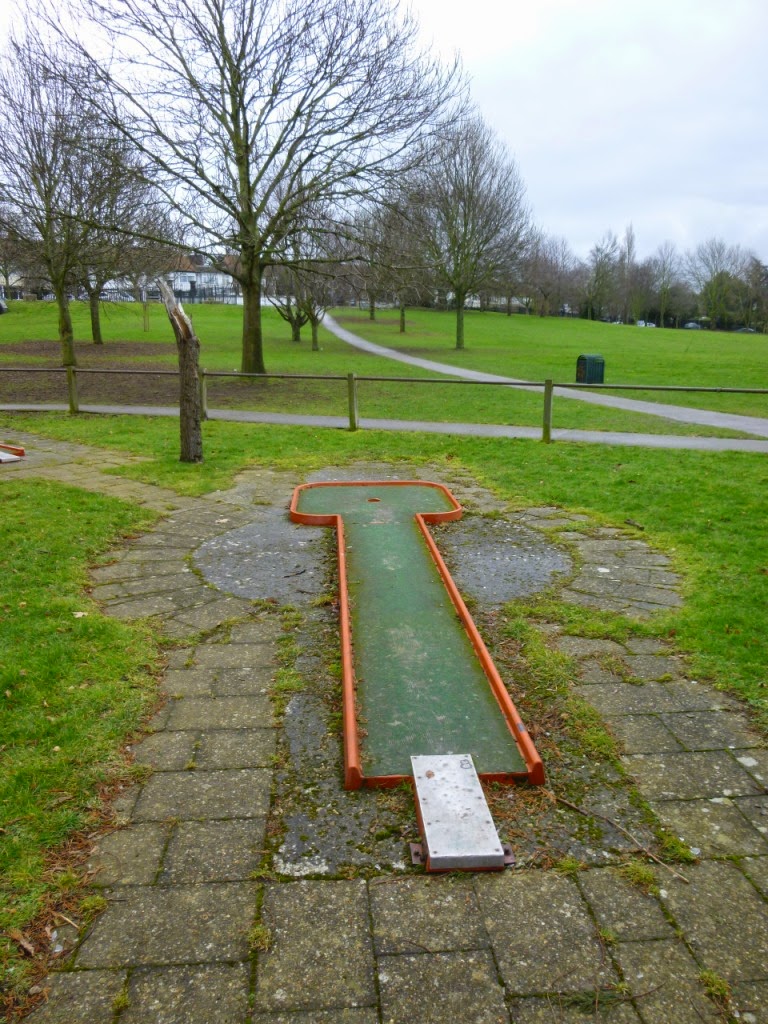 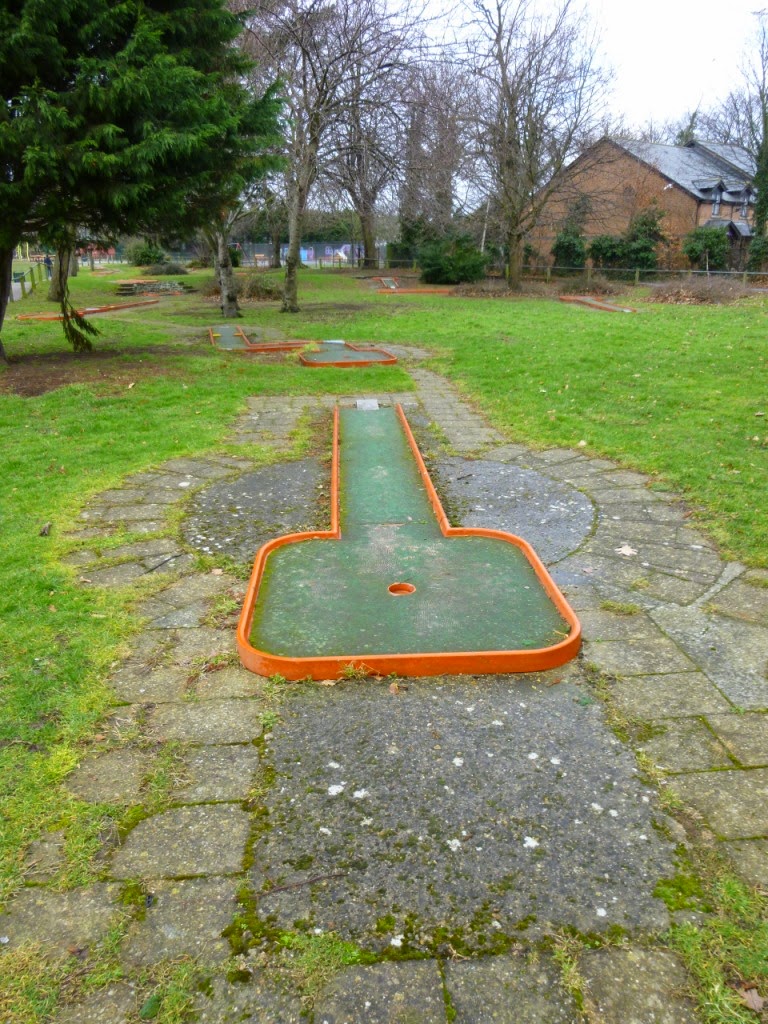 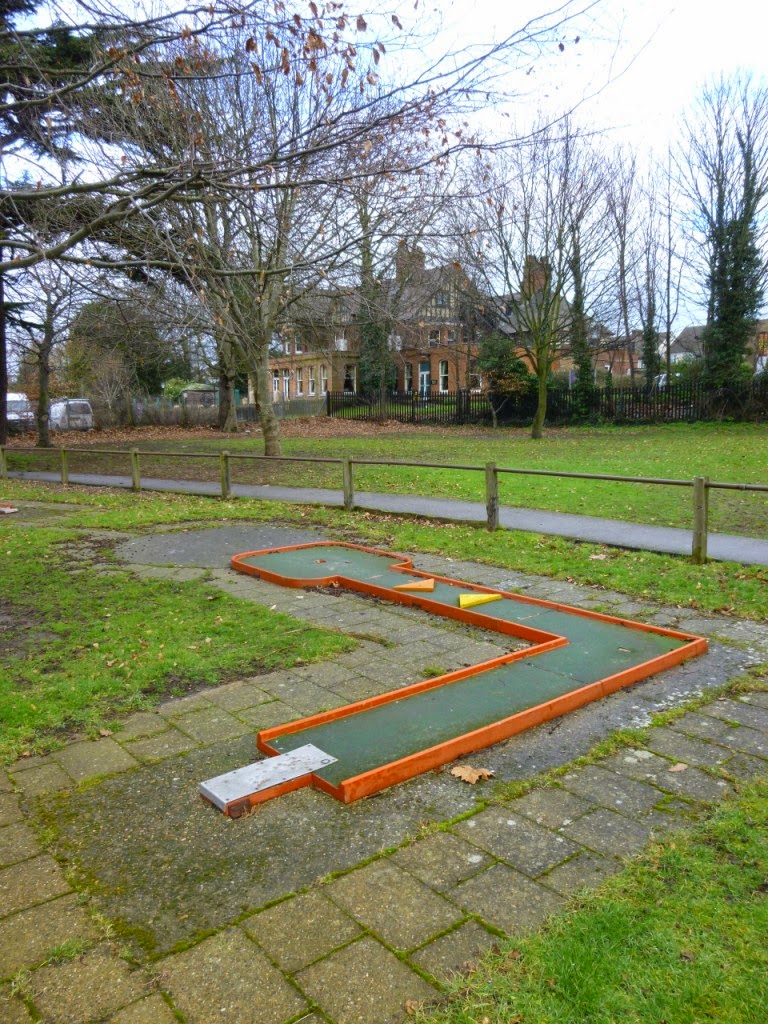 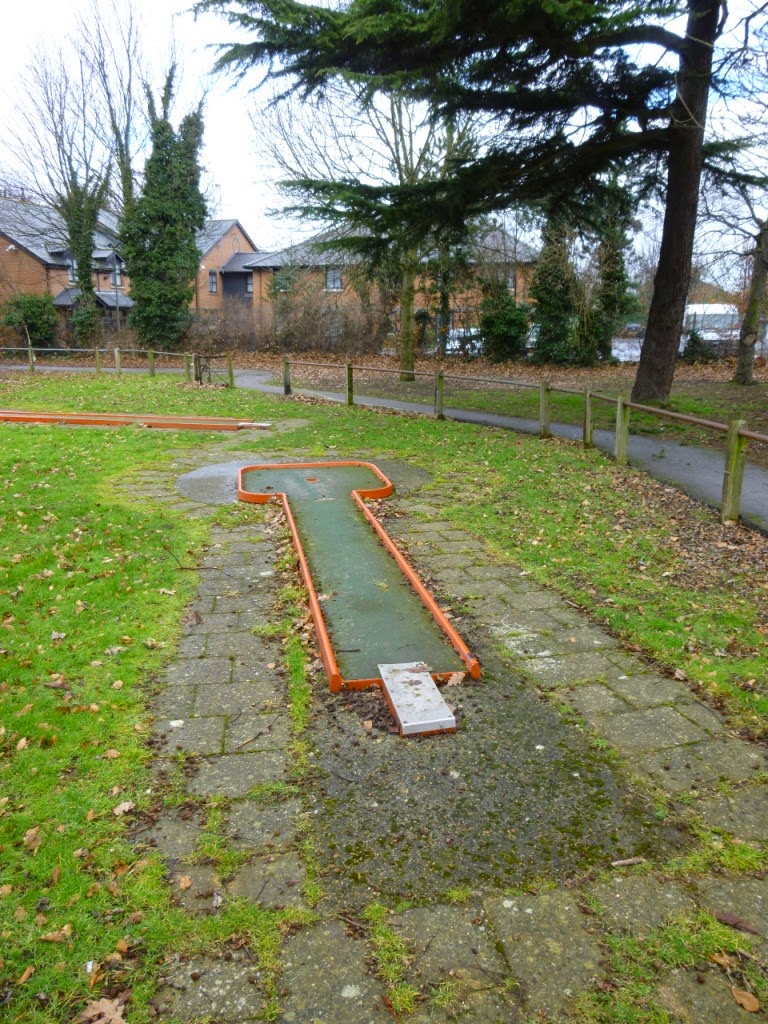 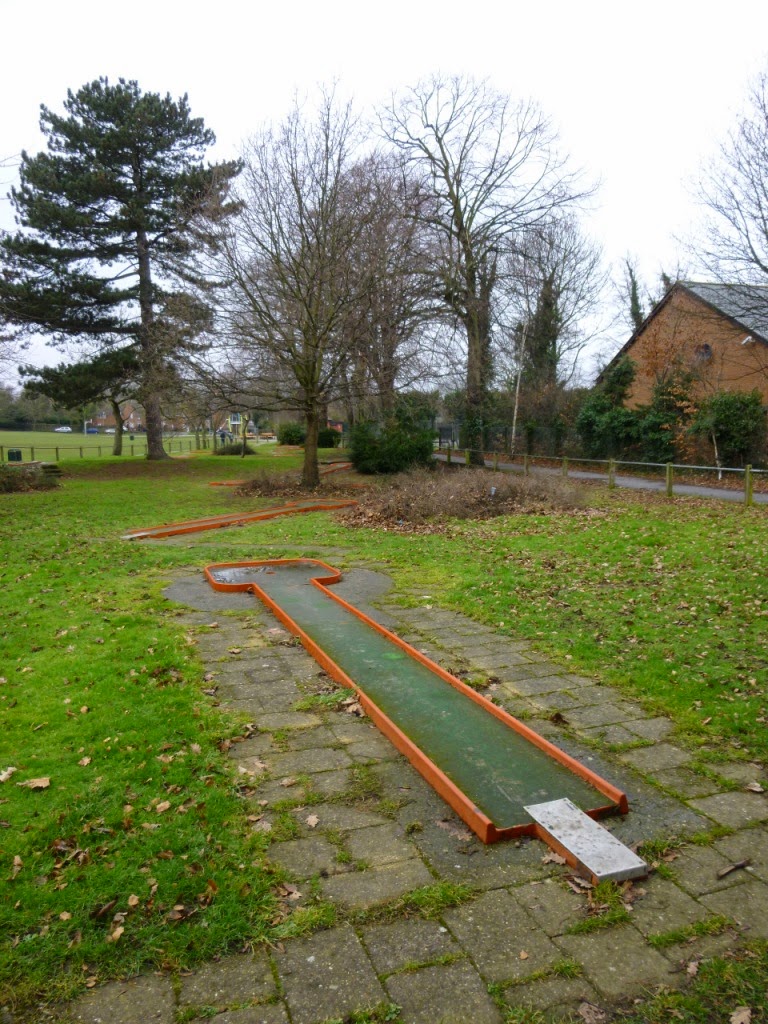 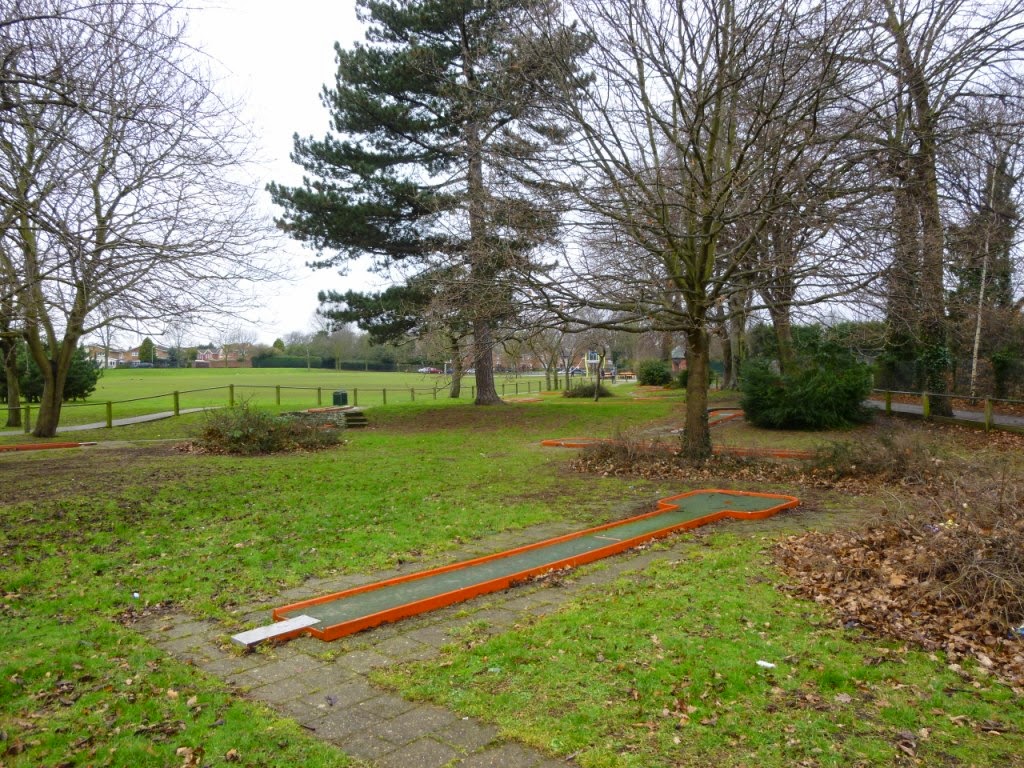 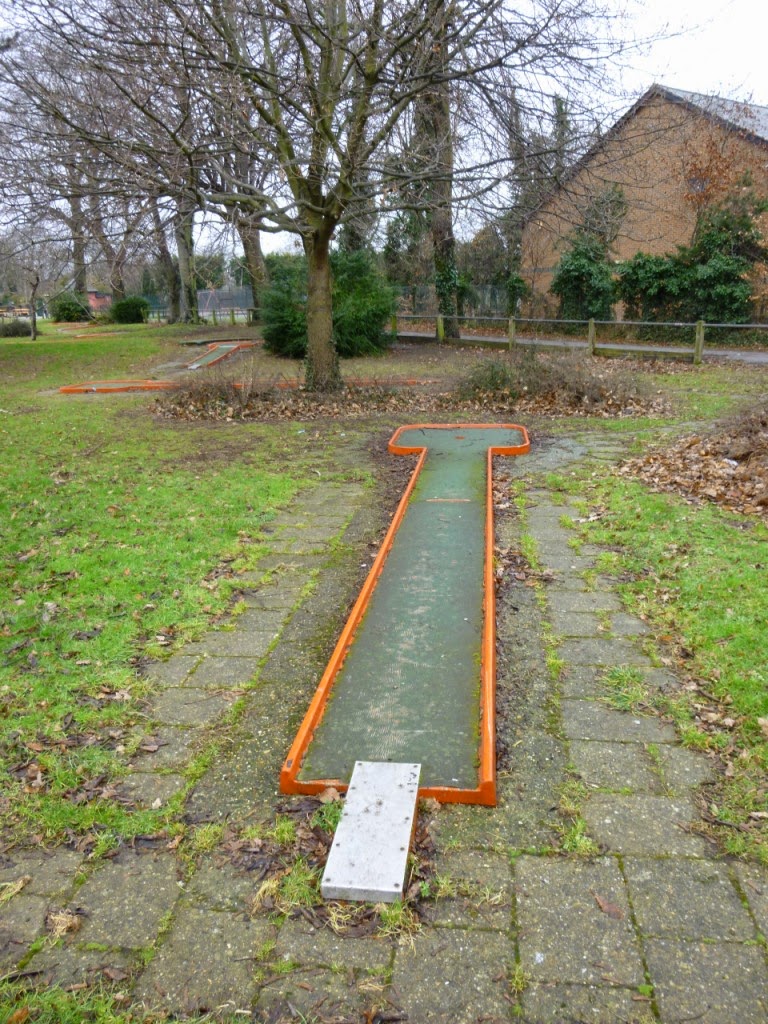 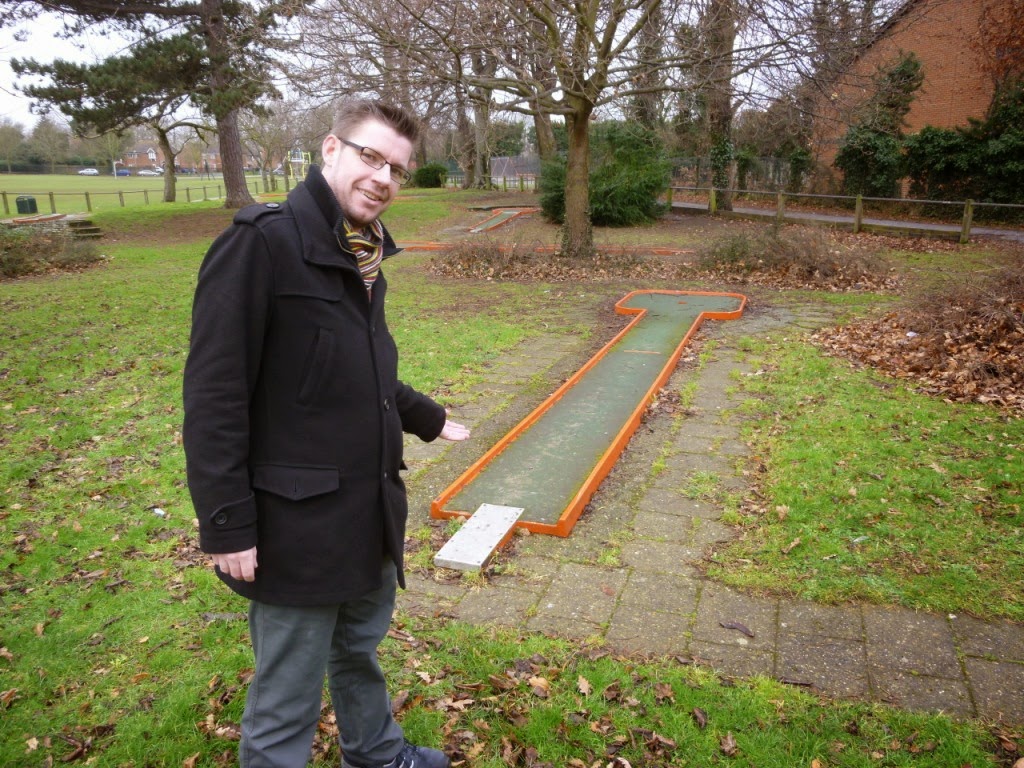 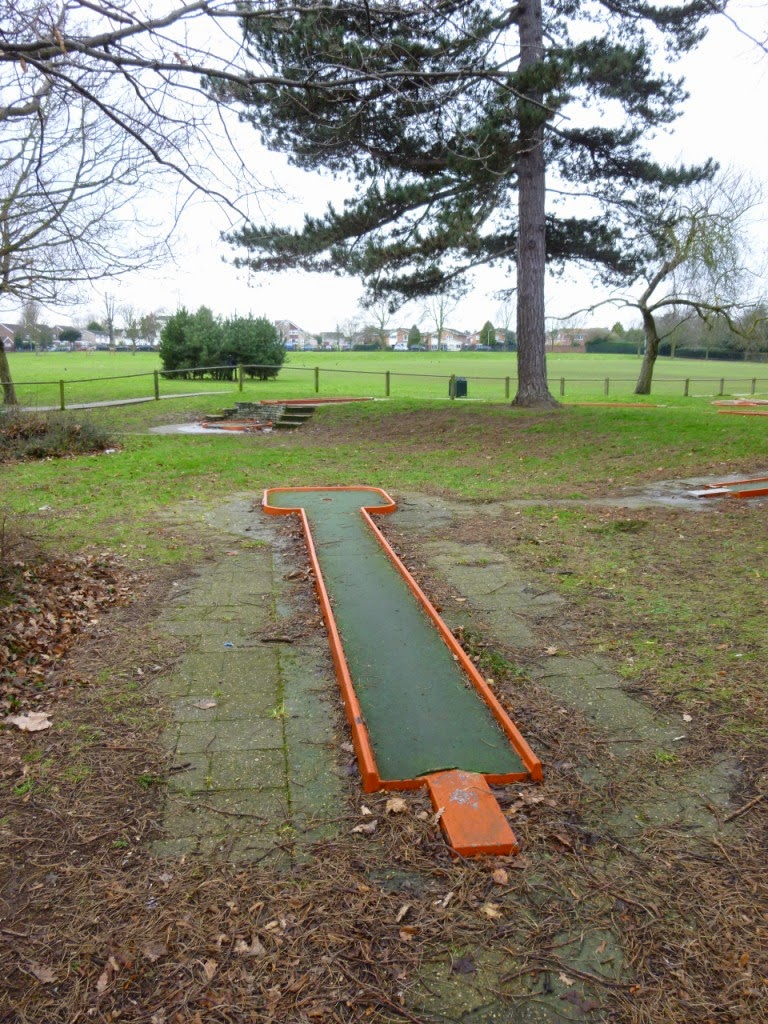 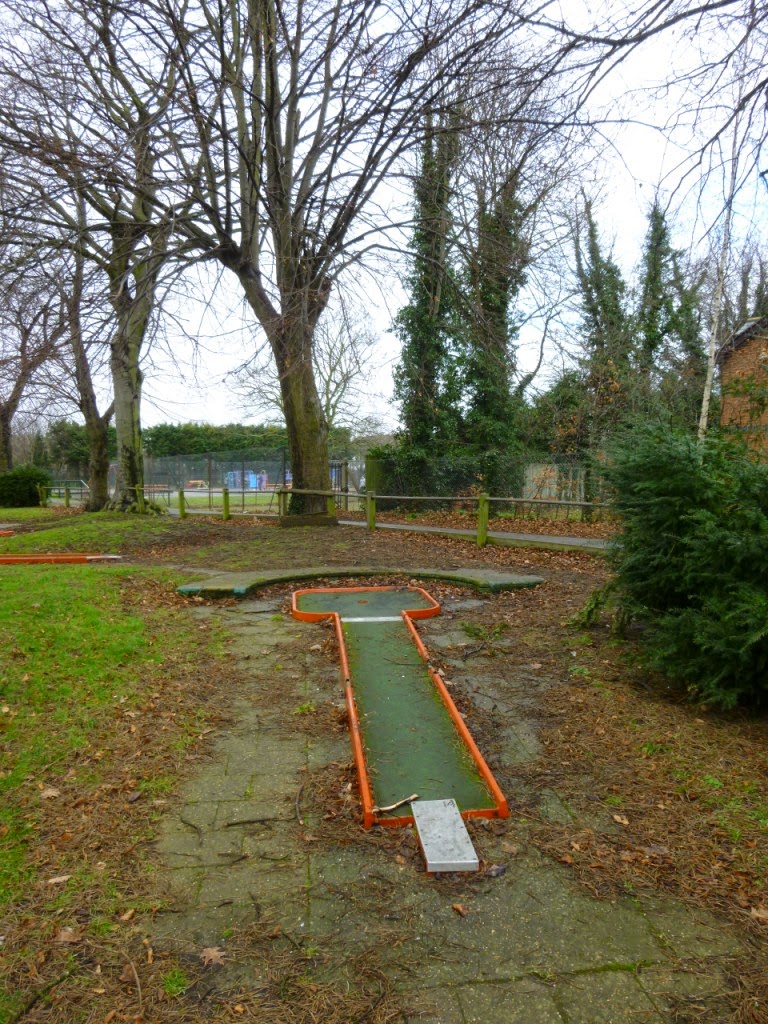 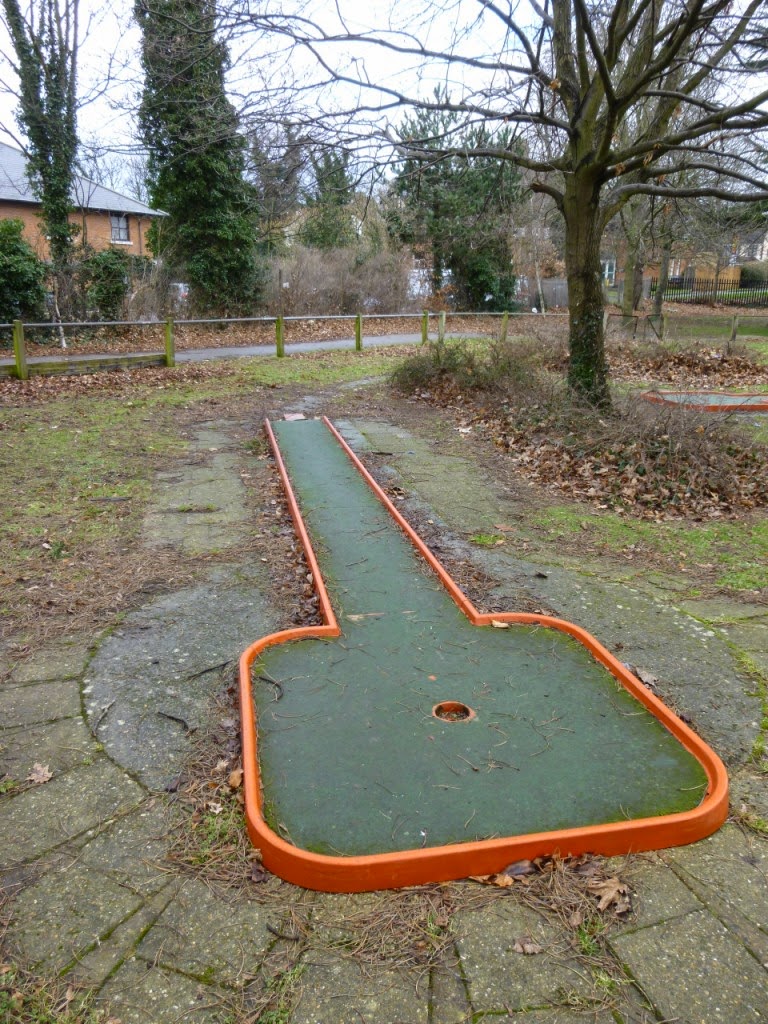 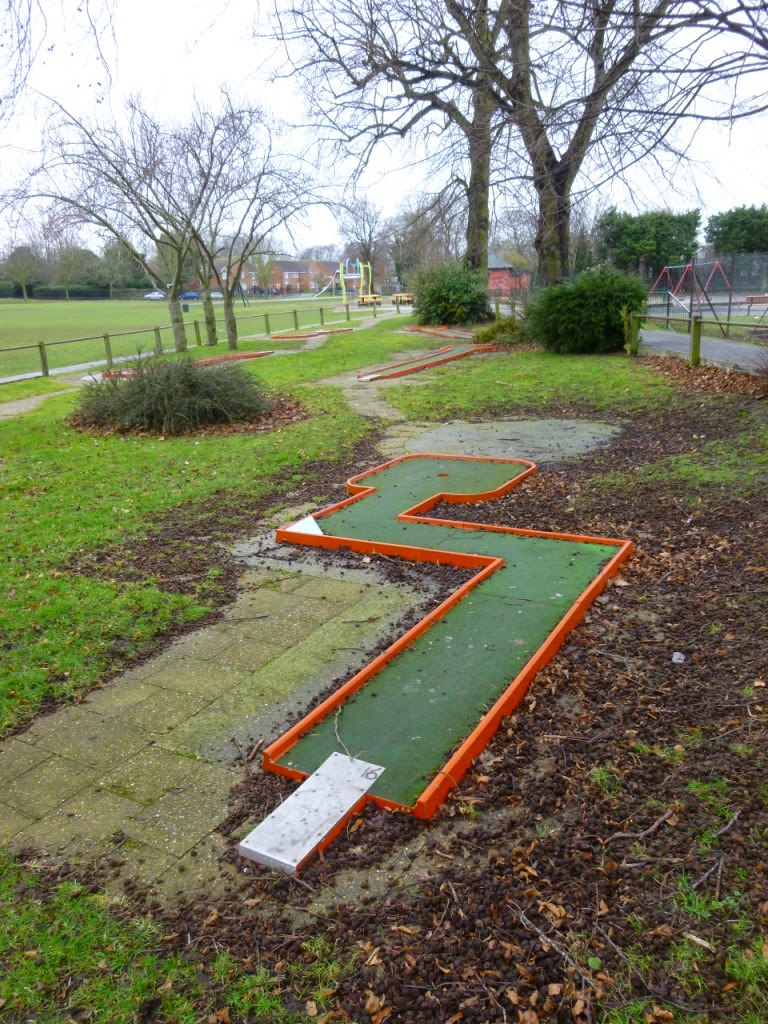 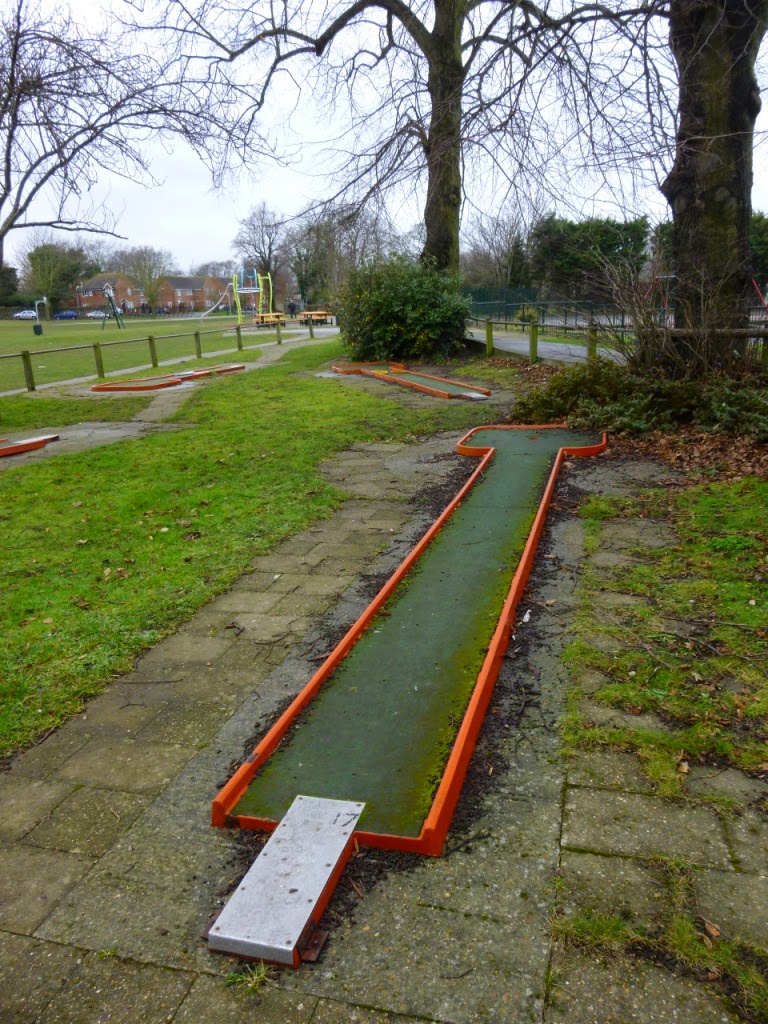 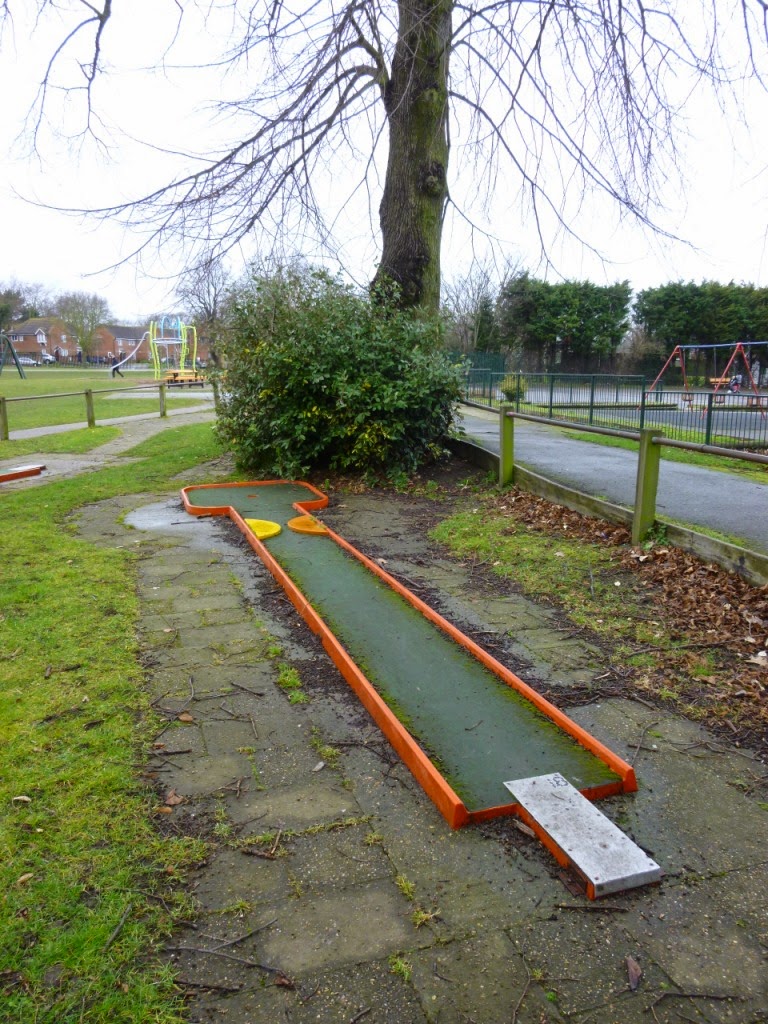 The Woodlands Park Crazy Golf course was the 79th played on the Crazy World of Minigolf Tour.