On Thursday 20th March 2014 Emily and I decided to head to the seaside resort of Whitby, one of the east coast towns we were yet to visit on our tour of the UK seaside.

We hadn't planned to visit Whitby on our road-trip that saw us take a journey up to Newcastle Upon Tyne and back over four days, but having had a stopover in Northallerton we decided to make the relatively short trip to spend some time beside the seaside.

While walking along the harbour-side towards the beach the signs for the indoor Pirate Adventure Golf course at the Pleasure Island Amusement Arcade caught my eye!

You will find the 9-hole course laid out in the left-hand corner of the well presented arcade.

On our travels we've visited and played at well over 500 courses and 30+ have been indoors. We thought the look and feel of the course at Pleasure Island was very well done. It was very piratey and nautical and when you climbed the stairs to the top deck of the course (hole 5) you'd never know you were in an amusement arcade in North Yorkshire! 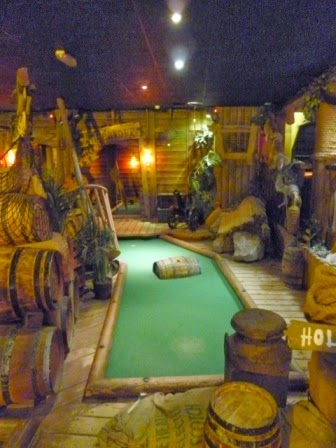 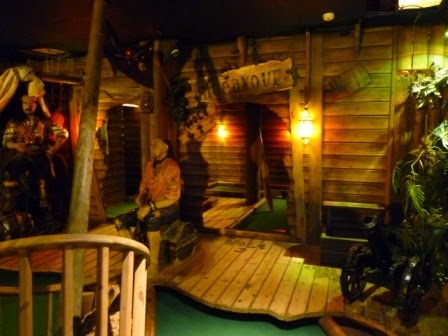 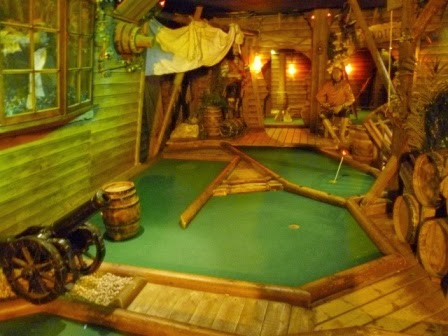 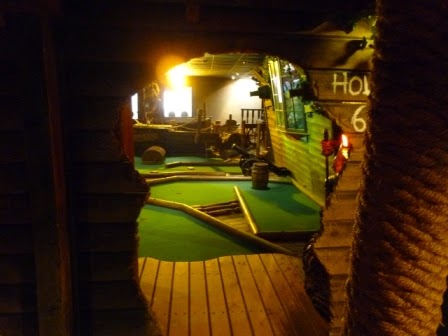 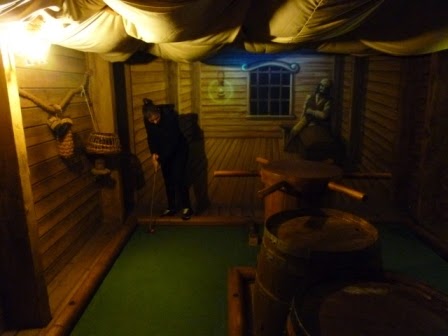 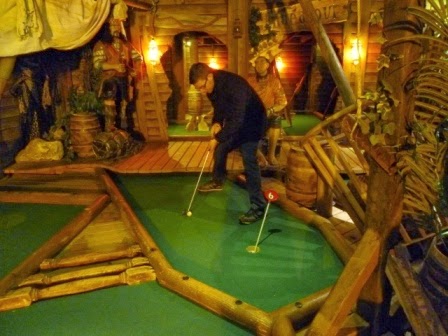 Our fellow Minigolfer Adventurers Paul and Owen Johnson visited the course in 2010 and you can see their photos on the excellent MiniatureGolfer.com. The course appears to have had a refurb since then.

The Pleasure Island Adventure Golf course is well worth a play if you're in Whitby and it's great to be able to have a Putt there whatever the weather.

The course was the 544th visited and 327th played on the Crazy World of Minigolf Tour since 2006.

In our match-up I beat Emily, putting her to the sword 20 vs. 32. But she made me walk the plank!


The amusement arcade is also home to that other seaside favourite - the shooting gallery.