Last Friday we made the landmark 900th course visit on our Crazy World of Minigolf Tour when we had a round at the North Bay Mini Golf course in Scarborough, North Yorkshire.

We were staying near Peasholm Park and had seen a number of the other courses in the North Bay area shortly after arriving in the town. As it was a Friday - and a rainy one at that - none were open.

While walking along the clifftop we spied the North Bay Crazy Golf course and I couldn't run down the hill quickly enough to get a closer look at the 12-hole course. 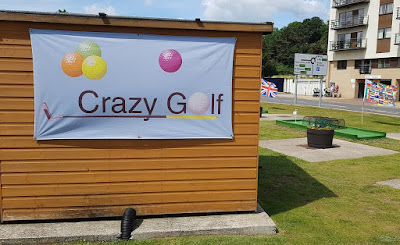 It's always nice to find unique courses and the North Bay Crazy Golf course is that. There are some very nice hole-in-one opportunities and a few tricky second putts on the colourful course. What was really nice to see was that the borders had felt on them that allowed skillful shots to be rewarded. 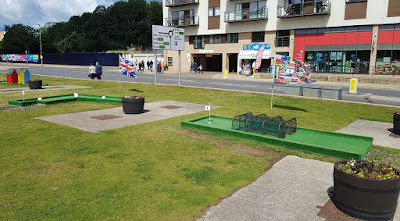 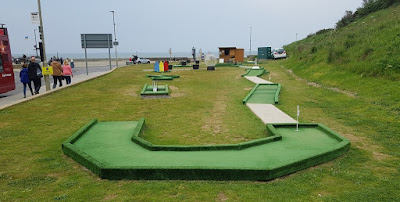 In our round I shot a 24 to take the win, with Emily scoring a 26 and our friend Cat Patterson hitting a 33. 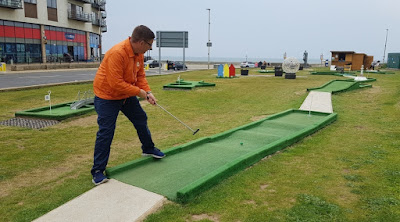 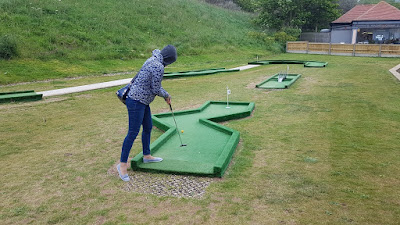 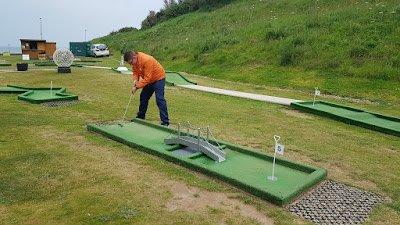 It was brilliant chatting to the course owners. They've got a real passion for the game and have created a fun and challenging layout. They told us that the course record was a 20, but not many players get close to that or even near to my round of 24. That was very nice to hear. If the weather hadn't gotten worse and if the day was longer I would've had another round or two to try and beat the record. 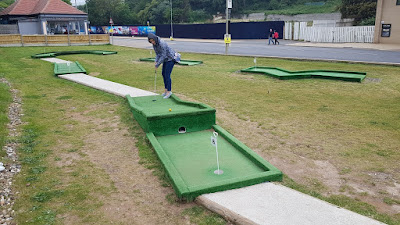 Luckily when we swung by the course on the Sunday of our weekend away the course was doing a brisk trade in the sunnier conditions. Before we wandered along the coast to the South Bay I managed to have another round, but didn't score as well as I had on my first go, shooting a 27. 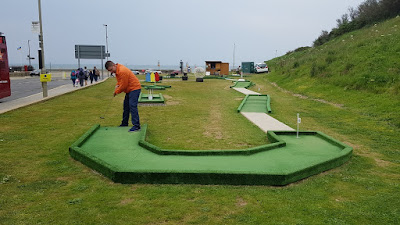 The course can be easily found next to the main road and beach in Scarborough's North Bay.


Scarborough and its two bays are well worth visiting. We'll be heading back to the seaside resort and look forward to playing the North Bay Crazy Golf course again then. 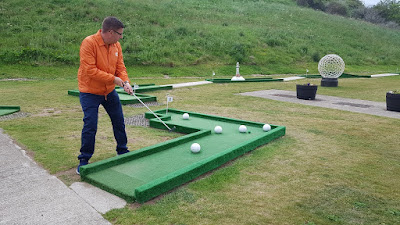 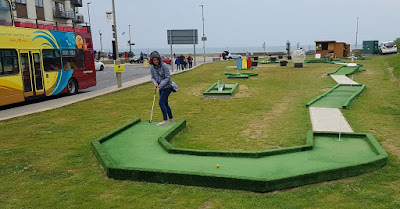 After our weekend in Scarborough we'd visited a total of 901 courses. The latest being the Holbeck Putting Green in the South Bay, a course that had been there since 1925!