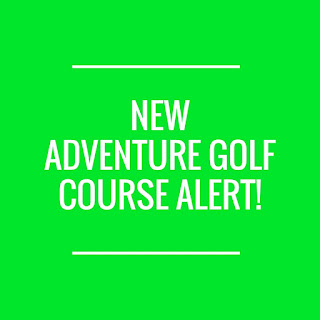 A series of new indoor Adventure Golf courses with an Angry Birds theme are set to open in the UK.


The team at Rovio Entertainment, owners of the Angry Birds brand, are teaming up with Namco Funscape to create the new minigolf courses. Five locations are planned to open over the next three years.

We've bowled at Namco a fair bit over the years and in September 2017 we played Namco's first Adventure Golf course at Namco Funscape in Tamworth.

That course has a medieval-theme linking in with local history. It became the 774th visited and 460th played overall on our Crazy World of Minigolf Tour.


We're now up to 859 courses visited and with new minigolf venues opening up all the time our quest to visit them all keeps on getting extended!

The first of the new Angry Birds Adventure Golf courses will be opening at the intu Metrocentre in Gateshead this September.