Crazy Golf at the Pier Head in Liverpool

Visiting the 699th course on our Crazy World of Minigolf Tour.


On Saturday 10th September we visited the 12-hole Crazy Golf course at the Pier Head in Liverpool. 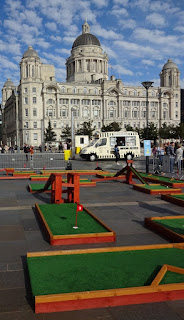 It became the 699th miniature golf course visited on our Crazy World of Minigolf Tour since we began our travels on the 30th September 2006.


It's a fun layout - made tricky by the use of regular bouncy golf balls - and had some interesting obstacles. 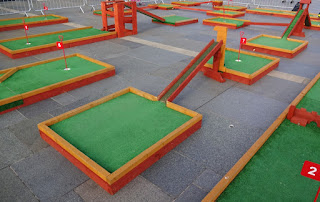 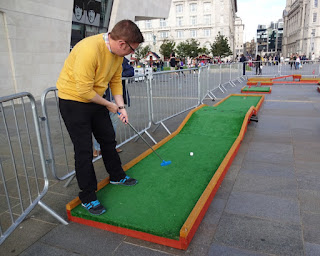 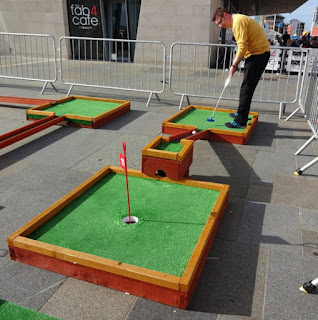 It was similar in style to the courses we've played in Brockhole and Torquay. And a bit like the course in Ayr as decking had been used for some of the holes. 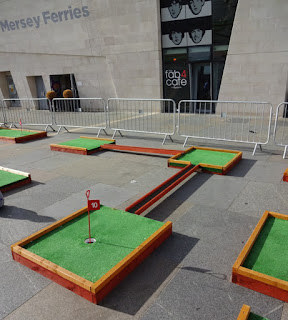 The course became the 410th played overall and at £3 per player it was a good price for some fun minigolf. 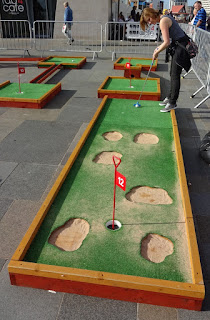 Now we roll on to the 700th course. Who knows where it'll be!

You can also now sign-up to receive our miniature golf newsletter.
Posted by Richard Gottfried at Sunday, September 11, 2016

Our game on the Crazy Golf course at the Pier Head in Liverpool ended in a draw after we both scored 28.