This year there will also be two 'World Alternative Games Go West' events taking place in St Clears and Whitland, Carmarthenshire, Wales on Saturday 21st of June and Sunday 27th of July respectively. 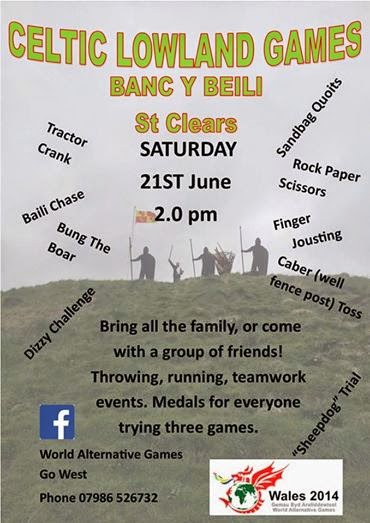 One of the events taking place in the St Clears and Whitland Games (as well as the August main-event) will be Finger Jousting!

The World Alternative Games Go West events are being led by local volunteers and as well as Finger Jousting, sporting events on offer to participants in the St Clear's Games on the 21st of June will be Caber Tossing (using a fence post!), Bung the Boar, Baili Chase, Sandbag Quoits, Rock Paper Scissors, Tractor Crank, Dizzy Challenge and 'Sheepdog' Trial (a pairs event). It sounds excellent. Check out the St Clears Celtic Lowland Games Scorecard below for details of the event sponsors too. 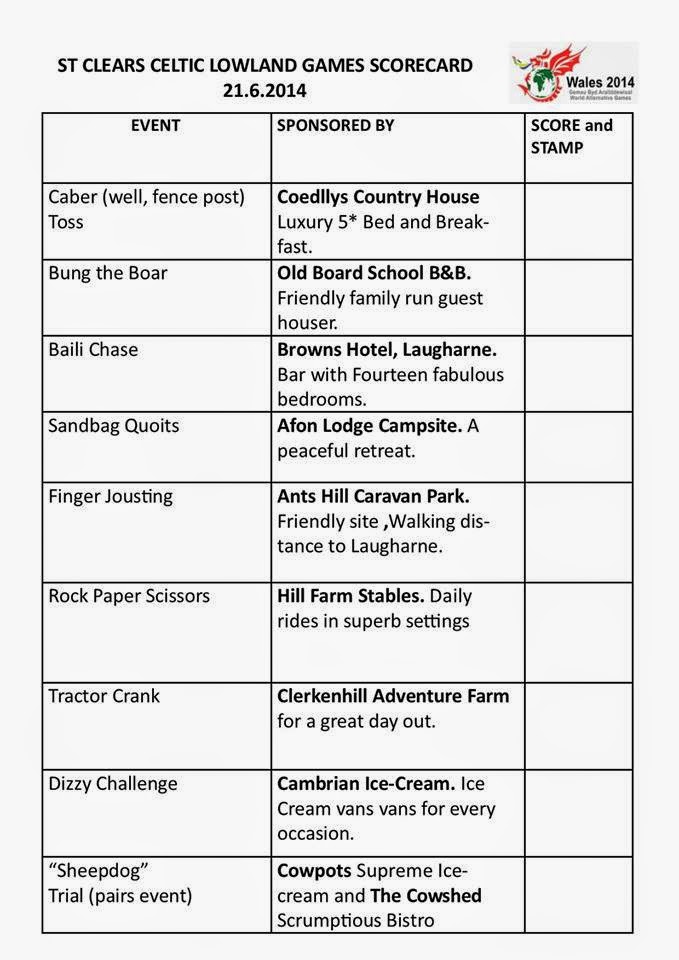 The World Alternative Games Go West event in Whitland on the 27th of July will also feature Finger Jousting, Caber/Fence Post Tossing, Rock Paper Scissors, Quoits along with an Assault Course and the intriguingly named Bog Squatting! Details of the events and sponsors can be seen below. 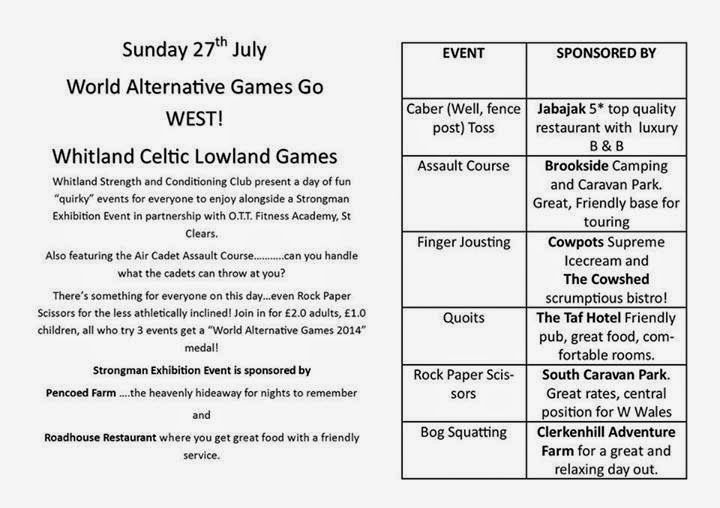 All World Alternative Games events are run with the Corinthian Spirit in mind, and while Gold, Silver and Bronze medals are awarded to top placed competitors the most important thing is that visitors to Llanwrtyd Wells (and St Clears & Whitland) get as involved as possible in the fun and activities. Every participant in an event will receive one of the Corinthian Medals for taking part.


Later this summer, on Saturday 9th of August, the World Alternative Games at the Seaside event will take place at Pendine Sands in Carmarthen Bay.

Pendine Beach is well known for its association with speed sports and events, and the seaside Games will see such events as 'Land Speed Wife Pulling' (a variation of sorts of the Wife Carrying events Llanwrtyd Wells is famous for) and 'Human Hamsters' - a land zorbing race!

Emily and I visited Pendine Sands on our tour of the Welsh coast in 2009 and we played the 129th course on the Crazy World of Minigolf Tour there. A nice seaside spot it was too.

The World Alternative Games is a mammoth feast of sporting events, ranging from fun and recreational activities to those at the elite, extreme and physical ends of the spectrum. In 2012 there were over 2,000 participants in 35 events, while this year will see 60+ contests and events! There really is something for everyone at the World Alternative Games.

We had a great time in Llanwrtyd Wells in 2012 running the Finger Jousting Championships and competing in the Egg Throwing and we can't wait to be a part of the 2014 World Alternative Games.

Check out the links below for more information about the events.

Oh.. can't wait to take part in the World Alternative Games (hopefully as a competitor at something this year!) as well as being part of the Finger Jousting again!