On a very rainy Saturday afternoon Emily and I made the latest course visit on our Crazy World of Minigolf Tour as we visited the Crazy Golf course in Verulamium Park, St Albans.

The park was the location for the 17th course ever played on the Tour, way back in April 2007. I also revisited in November 2010 and noticed a couple of changes to the Minigolf.

Since that last visit the old course has been replaced by a new course. The new layout is still a 9-hole course and of the same fibreglass construction, but each of the holes is in the shape of a letter in the words "Crazy Golf". 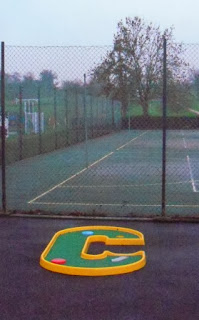 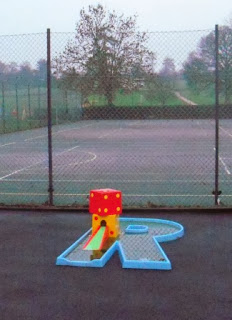 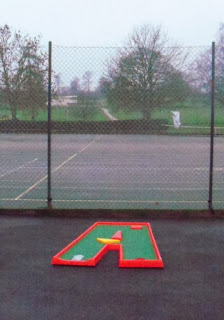 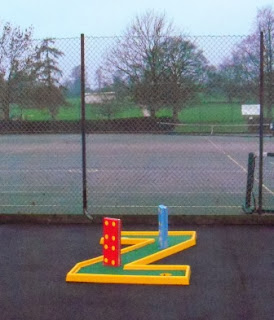 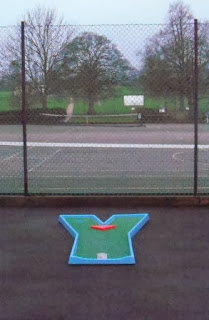 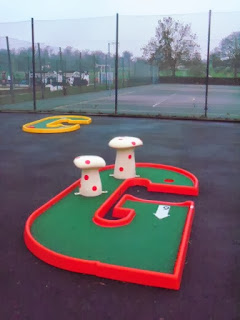 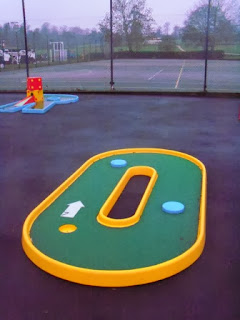 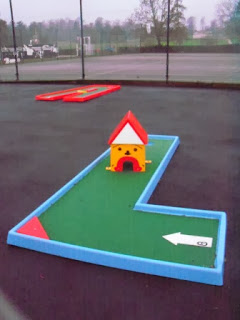 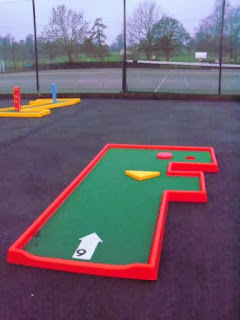 Unfortunately that great Minigolf character 'Humpty' is now missing from the course :-(

The Verulamium Park Crazy Golf was the first we've been to that uses this particular layout. Although down the road in nearby Hemel Hempstead there is a Minigolf course at Gadebridge Park where each of the holes is in the shape of its number!