The tournament was played in a matchplay format over 9, 12 and 18-holes and was split into two stages, with a round robin group stage followed by knockout play-offs for positions 1-8 and 9-17.

In the group stage Richard and Kevin picked up one win, one draw and one loss for a total of four points. This was not enough to see them qualify for the 1-8 place play-offs, so the best finish available would be 9th place of 17 teams. In the knockout matches they achieved three straight wins to top the second division after victories against Adrian Jukes & Katherine Marsh (2&1), Simon Locksley & Alan Marsh (3&2), and Brad Shepherd & Chris Jones (one-up after two extra-holes).

Richard said “After the disappointment of finishing third in our group Kevin and I knew we had to play well to win the second division of play-offs and we really did pick up our game. At the end of the tournament we had a record of four wins, a draw and only one loss, so it’s a shame to have only finished 9th, but we didn’t win enough in the round robins so it was the best we could hope to achieve in the end.” 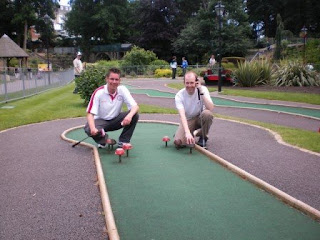 Wishing for a bit of luck before the tournament. 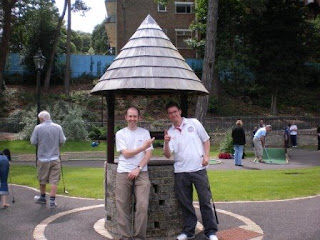 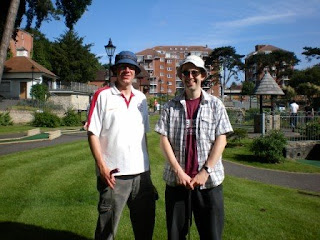