A look at some ghost signs on a former Woolworths store on Blackpool promenade. 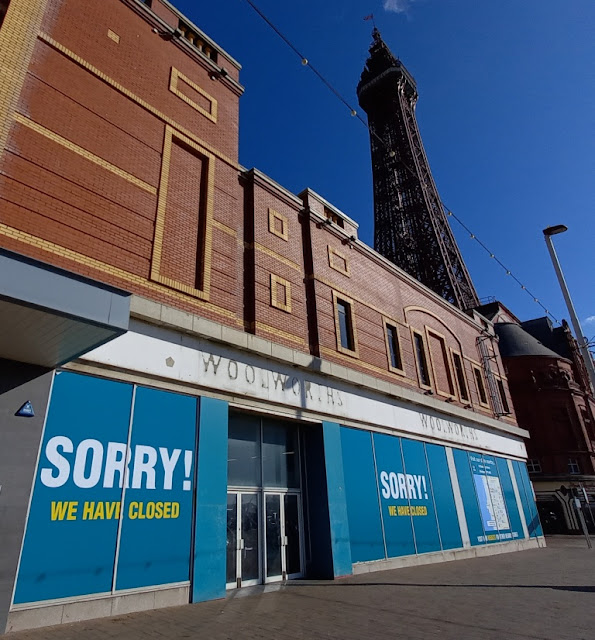 I was recently in Blackpool and while walking along the seafront saw the ghost signs of an old Woolworths. 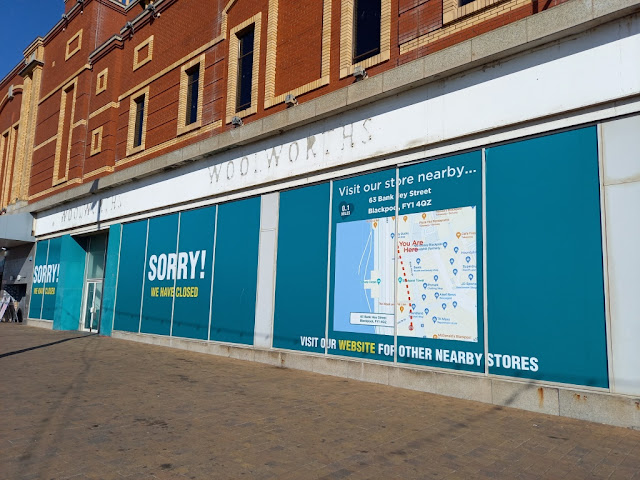 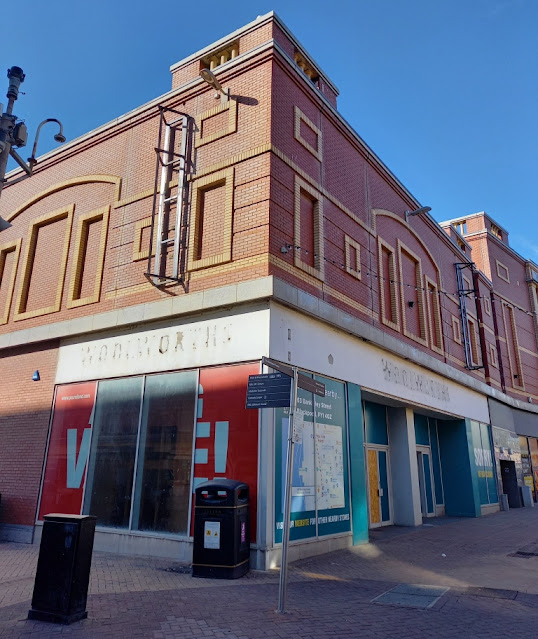 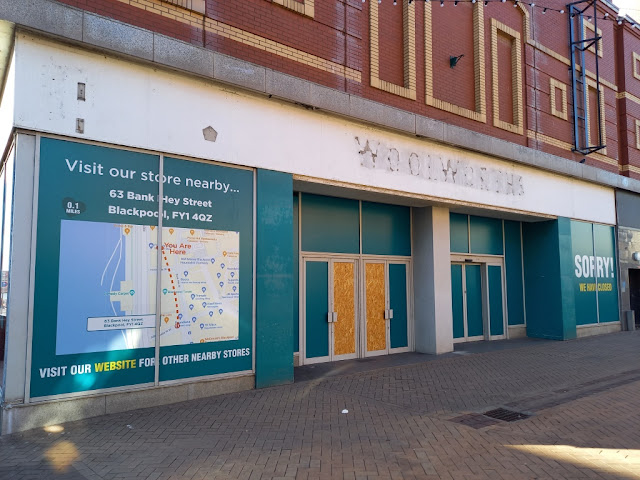 The shop was most recently a Poundland. Before that it had been a TJ Hughes.

It's fun seeing old & lost brands, ghost signs and retail relics. We saw a Woolworths ghost sign in Nuneaton in May this year. That was a nice surprise!
Like the Blackpool store, the Nuneaton shop site had also most recently been a Poundland and a TJ Hughes.
The last Woolworths shop in the UK closed in January 2009. Every so often remnants of the brand become visible again.
We visited the Woolworths in Longton, Stoke-on-Trent in September 2020. That store still had the signage in place and we'd originally spotted it while driving through the town the previous November.
We took a look at an old Woolworths store in Brunstane, Edinburgh in August 2011. That was a Big W Woolworths store at The Jewel retail park. It's long gone now.
You can however still see an old mosaic tile logo at the former Woolworths on Stamford Street Central in Ashton-under-Lyne, Greater Manchester.
Interestingly, there's a playable Woolworths Pick n' Mix Crazy Golf hole at the Teezers Retro Golf course in Coventry!
Posted by Richard Gottfried at Thursday, September 23, 2021

A new magic-themed indoor minigolf course is opening in Blackpool.

The team at the Hole in Wand minigolf in York are opening a second venue, this one will be on Blackpool Promenade.

The indoor miniature golf course will be opening in part of the former Woolworths unit on the seafront!

We're often over in Blackpool as it's one of our local seasides. The last time I was there I was lucky enough to see the ghost signs of the former Woolies store!