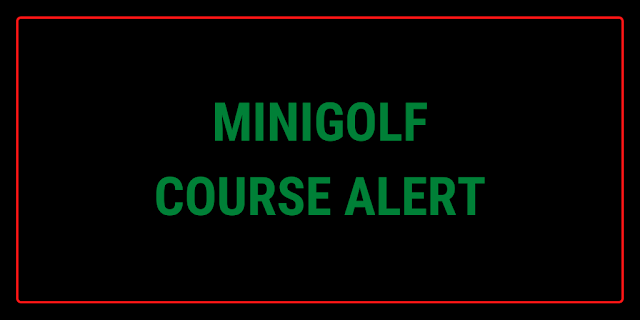 Many thanks to my friend and minigolf rival Jam Trubridge for letting me know there's a minigolf course at the Laser Quest centre in Derby. The indoor layout is a 9-hole glow-in-the-dark course. It's a new local course for him and one we're looking forward to playing on our Crazy World of Minigolf Tour.
Galaxy Quest Mini Golf in Derby is the sister venue of the Galaxy Quest Mini Golf at Laser Quest Sunderland and another new course at Laser Quest Coventry.