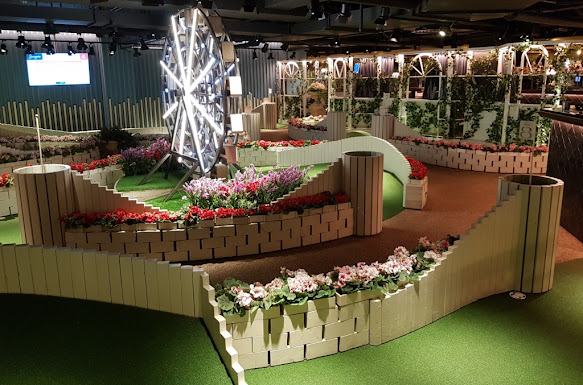 The first Swingers Crazy Golf courses outside of the UK will be opening in Washington D.C. and New York.

The first of the new indoor minigolf venues will be opening at Dupont Circle in Washington this June.

The second Swingers Crazy Golf in the US will be opening at the new Virgin Hotel on Broadway in the Flatiron District of New York City later this year or in early 2022.

Swingers Crazy Golf on our Crazy World of Minigolf Tour

We played the first Swingers pop-up Crazy Golf course in Shoreditch back in September 2014. The brand has grown since then, with Swingers in The City opening next to the Gherkin in 2016 and Swingers West End following in 2018.

The phrase 'competitive socialising' has become a popular way to describe going out and having fun, with a number of new businesses catering to the demand of a public who wanted to compete at something while eating and drinking in a nice setting.

Whether it is table tennis, darts, shuffleboard, bingo, tenpin bowling, arcade games, or my personal favourite crazy golf, people are finding new ways to quench their thirst, have fun and compete without signing-up to a full sports league or taking things too seriously.