Photos of the Adventure Golf course at The Manor House & Ashbury near Okehampton, Devon.

Our friend and minigolf rival Adrian Amey recently sent us through some snaps of a course he'd played - and it's one we haven't been to on our tour.


Even though we haven't visited the course I was able to guess the location with my first try. What a skill. 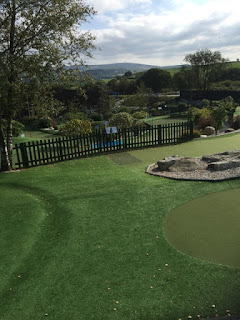 Earlier this year we explored much of the South West of England and visited 62 minigolf courses in Dorset, Devon, Cornwall and Somerset. Unfortunately The Manor House & Ashbury Hotels don't allow day visitors so it seems unlikely we'll get along to have a game on the course. 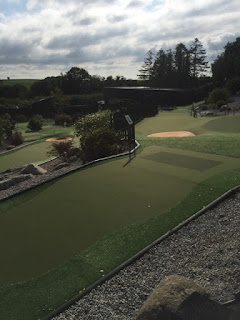 Another of our friends, and my Midlands Minigolf Club team-mate, Tiger 'Galactus' Pragnell is a big fan of The Manor House & Ashbury and has played both the old Crazy Golf course and new Adventure Golf on his holidays down there.

Fellow golf stuff collector Martin Vallance is a Greenkeeper at The Ashbury Golf Hotel and has a collection of over 70,000 logo golf balls! Crazy.