With two events completed on the 2010 British Minigolf Association Tour the latest ranking lists have been published by the BMGA.

In the new 2010 BMGA Season Only Rankings published today (7th March) I am currently in 12th place of 45 players, with 1,095 ranking points. 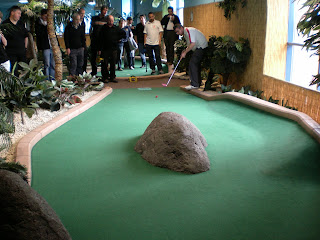