On Sunday 10th May Luton Minigolfers Richard and Emily Gottfried travelled to Hoveton in Norfolk to compete in a field of 37 players in the BMGA English Open. The competition was played over 54-holes at the 18-hole Adventure Golf course at Wroxham Barns. 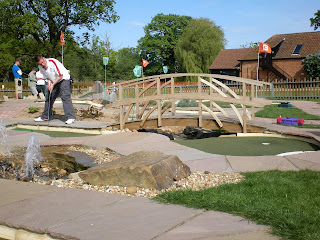 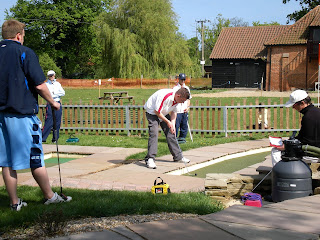 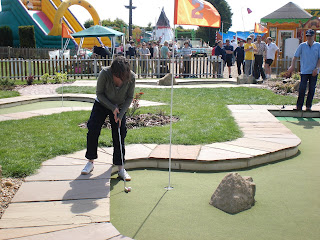 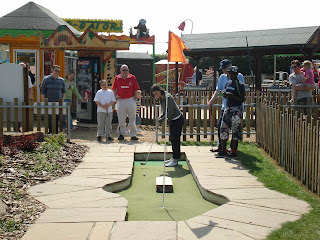 The tournament was won by Nick Chitty with a total of 95 (-13). Nick also broke the course record with a round of 29 (-7), beating the previous record which was 34 (-2) and set by Richard in August last year.

Richard said “Last year I was 4th in the English Open so I was hoping for a good finish this year but it just wasn’t to be. I started the day with a four on a hole I should have Aced and didn’t play my best after that. It wasn’t my worst performance, but it was far from my best” 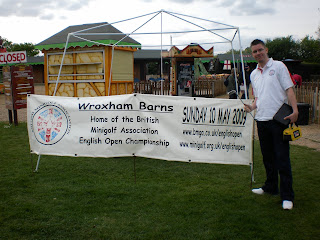