Last month we were fortunate enough to stumble upon a video rental shop in Little Lever, Bolton. Yes, video as in VHS! 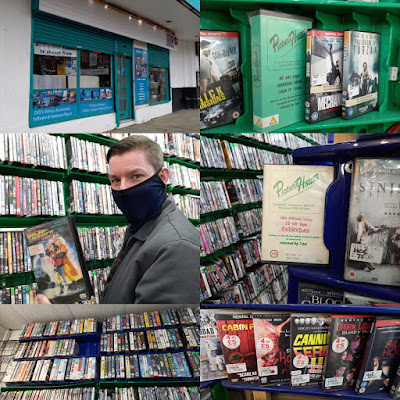 The day we called in was Video Shop Day! What are the odds?

They did also have DVDs.

What a marvellous time capsule of another era.

Posted by Richard Gottfried at Tuesday, November 03, 2020 No comments:

The first Blockbuster Video store opened in Dallas, Texas, USA on this day in 1985. 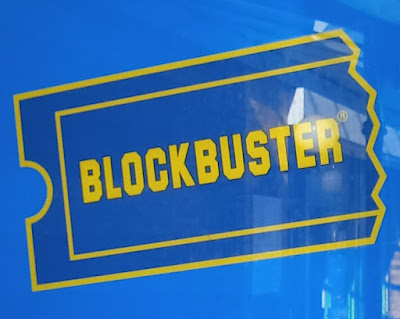 There is now just one Blockbuster Video store left open. It's in Bend, Oregon.

Blockbuster Video in the UK

I remember going to the Ritz Video shop on the Peachcroft Estate in my home town of Abingdon, Oxfordshire back in the late 80's and early 90's. That store became a Blockbuster and I rented some classics from there back in the day.

Blockbuster ceased operations in the UK in December 2013. At the start of that year there were 528 Blockbuster locations in the UK. The number dwindled until October when only 264 shops remained. The remaining stores closed on the 16th December.

There are still clearly visible remnants of the brand on the high street and on retail parks almost seven years later.

This is the old Blockbuster Video store in Fallowfield, Manchester, UK. 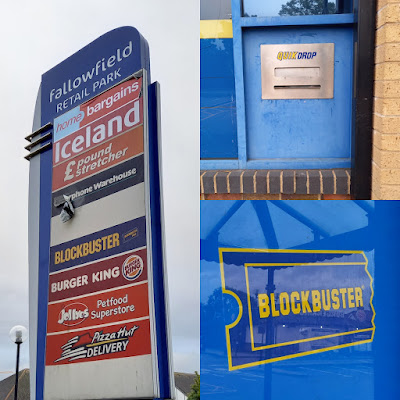 We've also been to the Blockbuster Video Express in Colne, Lancashire and found the remains of quite a few other old stores. 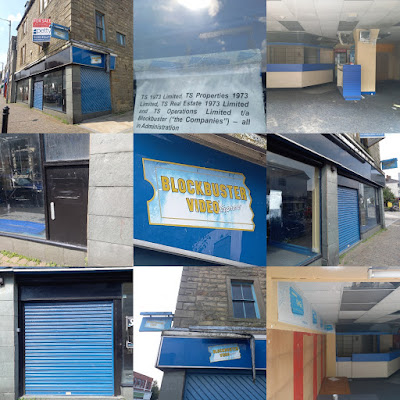 Last Saturday happened to be National Video Shop Day and we were fortunate enough to stumble upon a video rental shop in Little Lever, Bolton! What are the odds?

What a time capsule.

You can find B.V.C. - Bolton Video Centre in Little Lever.

Posted by Richard Gottfried at Monday, October 19, 2020 No comments: