Blogiversary of the Ham and Egger Files

I've been blogging for 15 years today. 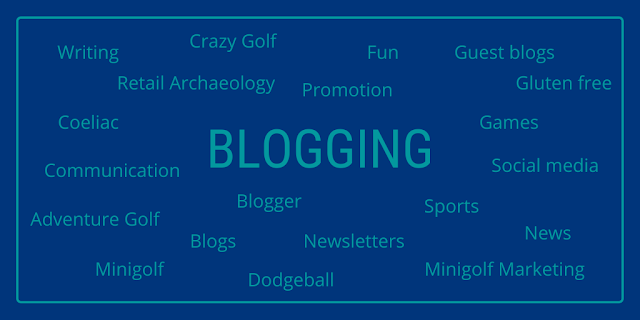 People often ask me how it is that a blog about minigolf has the name the 'Ham and Egger Files'? The answer is that it didn't initially start out life as a minigolf blog.
I published my first post about how I planned to participate in as many obscure and minority sports as I could and see what would happen with the sporting ability I have!
The term 'ham and egger' has connotations ranging from that of 'ordinary person' to that of 'loser'. The origin of the term comes from prize fighters whose modest skills wouldn’t let them win large purses. Therefore, the fighter or their manager - who received a percentage of purses won - were never able to afford to eat better than ham and eggs.
Since that first post 15 years ago I have published more than 4,800 posts and received more than 2.1 million pageviews! Admittedly a large number of the blog posts have been about minigolf.
Our interest in minigolf and what would soon become our Crazy World of Minigolf Tour had actually begun on the 30th September 2006, but I didn't publish a post about the sport until the 29th January 2007 when I announced that I had joined the British Minigolf Association - a competition circuit I made my actual debut on in Southend-on-Sea on the 28th April 2007.
Since then we've visited 982 miniature golf courses. 943 of those have been in the British Isles, while 39 have been in eleven overseas countries including Australia, Austria, Belgium, Finland, Hong Kong, New Zealand, Poland, Singapore, Spain, Sweden and the USA.
If you're wondering what happened to the quest to play lots of different sports, that has continued and I've participated in some very interesting events over the years!

A big thank you goes to everyone who has ever read one of my posts, commented, shared, or guest blogged on the site, it really is very much appreciated.