The Crazy World of Miniature Golf 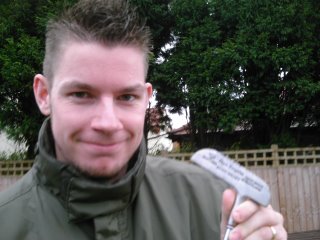 As of Monday 22nd January 2007 I have been an official member of the British Minigolf Association (BMGA) 2007 Tour!

I have entered the world of Crazy/Mini/Adventure Golf and plan to compete in as many tournaments as possible, including the British Masters and the PHCGC Open, building towards my participation in the event at the pinnacle of the Crazy Golf Calendar - the 2007 World Crazy Golf Championships which will take place in October.

Further information on the British Minigolf Association can be found on the BMGA website.