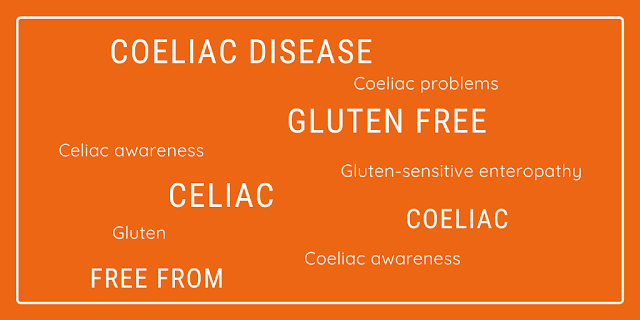 I was diagnosed with Coeliac Disease thirteen years ago today. And so began my journey into the gluten free world.

What is Coeliac Disease?

In the UK it's estimated that 1 in 100 people have the condition.

Having suffered from a range of symptoms for around ten years I finally received a positive diagnosis of Coeliac Disease following some 'interesting' and in-depth tests and procedures in 2008. It came as a relief to finally have a name for the mysterious cause of my illnesses and ailments, but at the time I was only given a brief summary and told that I'd have to "cut down on bread and beer". It was only later when I met with a Gastroenterologist and a dietitian that I found out that the only treatment for people with Coeliac Disease is a strict, life-long gluten free diet.


While having a life-long condition such as Coeliac Disease can be a pain - and horrible if I 'get glutened' - having the disease has had some positives. I've met great people since my diagnosis and have made some brilliant friends who I've met through Coeliac groups. I've also blogged a lot about living with the condition and the great free from food and drink I've found since 2008.
Thank you to everyone for their support, tips, help and recommendations over the years. It's been very much appreciated.