This Bank Holiday Monday I will be running Minigolf Lessons at the Tea Green Golf 'Fun Day' at Wandon End near Luton.

Tea Green Golf will also be running a minigolf competition (among other activities) at the course as part of the 'Fun Day'.

Video of a practice round of minigolf at Tea Green's 9-hole course on the 1st May 2010. 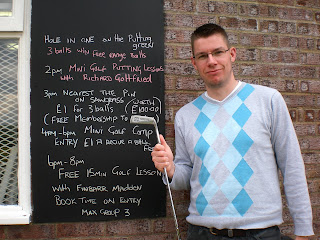 In January 2010 the Luton News/Lutontoday.co.uk filmed me playing at Tea Green for the video "Your guide to crazy golf".

We first played the course ten months ago today - when it became the 111th course to be played on the Crazy World of Minigolf Tour. 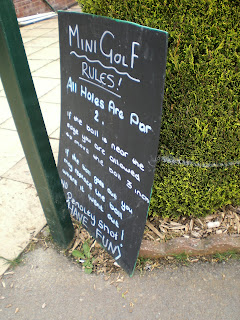 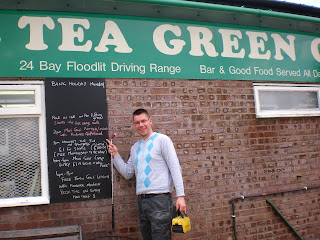