On Saturday 28th February 2009 we visited Woodlands Park in Gravesend, Kent to play the 79th course on our Crazy World of Minigolf Tour. 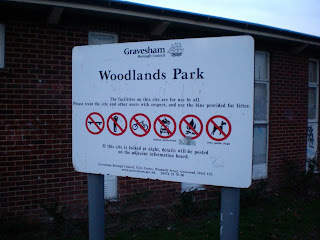 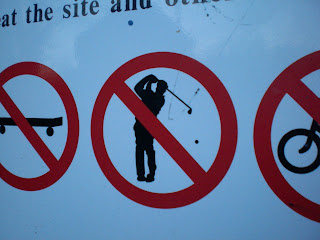 The course itself was in the park right next to the hotel we were staying in. Unfortunately the course was no longer actually open and in a bit of a derelict state. 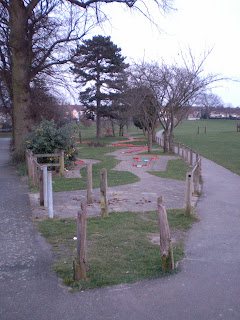 We had brought our own putters and some golf balls on our trip so we were able to have a round. The course was actually OK (and good enough to score a hole-in-one on), so it was odd the course had been shut down. 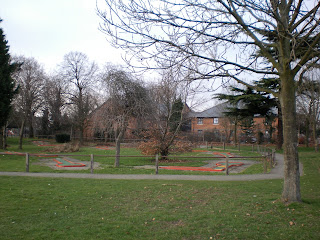 Richard won at the third extra-hole with an Ace.

On 14 February I revisited the Crazy Golf course at Woodlands Park in Gravesend, Kent. Surprisingly not a lot had changed.

A revisit to the Mini Golf course in Gravesend's Woodlands Park.