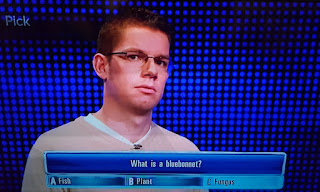 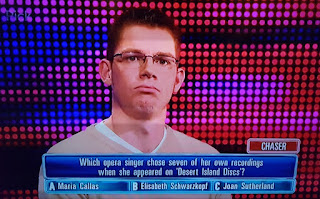 It was recorded back in 2011 and aired on ITV in March 2012. Since then it's aired multiple times on ITV and Challenge TV. To my knowledge this was the first time it'd been on Pick.

I wonder when and where it'll be shown next...? 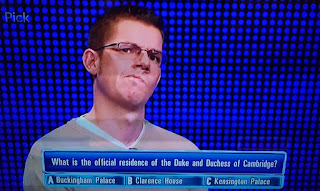 My episode of The Chase was on Challenge TV last Saturday, 25th January.

My episode of The Chase is going to be on Challenge TV again. Series 5, episode 16 is scheduled to be on at:

9am on Tuesday 18th February.

1am on Wednesday 19th February.