A visit to Gravitee Adventure Golf at the Ozone Leisure Park in Oxford.

We were recently back in my home town of Abingdon-on-Thames for a special Bun Throwing event and while down south took the opportunity to swing by the new Gravitee Adventure Golf courses at the Ozone Leisure Park next to the Kassam Stadium in Oxford. 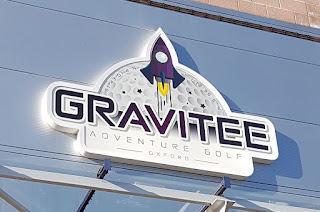 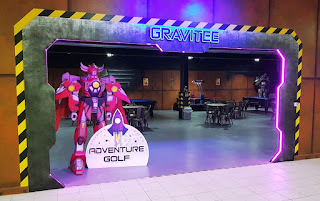 Gravitee Adventure Golf is home to two 18-hole courses - the Space Odyssey and the Galactic Explorers - and they became the 852nd and 853rd visited on our Crazy World of Minigolf Tour. 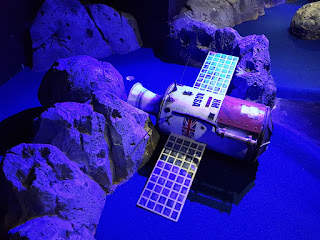 Gravitee Adventure Golf is the sister course of The Golfing Hole in Swindon. We had a brilliant time playing that layout back in January 2015. 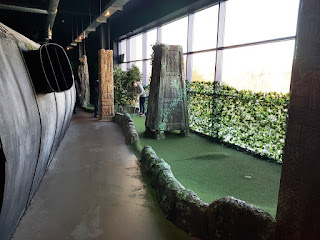 The new Gravitee Adventure Golf layouts are superb and we had two fun rounds there.


It was the first time in over twenty years that I had a game of minigolf with my parents! It's amazing to think that Emily and I have visited so many courses in the last twelve years, but not had a game during our travels.


The matches were very close, with my dad Chris taking an early lead on the Space Odyssey course, before a disastrous seven on the tenth hole put a dent in his hopes of winning. 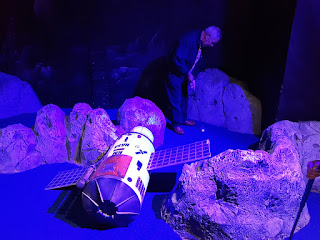 Emily took the victory on the Space Odyssey layout with a round of 47. I shot a 49, Chris a 53 and my mum Mary carded a 56. Emily and my dad were the only players to hit a hole-in-one, both acing the 18th. 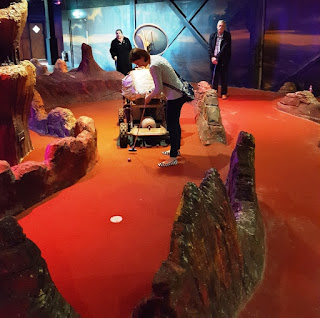 Moving on to the Galactic Explorers course and Emily took a fine win with a score of 42. I was second again with a round of 46, while my mum and dad both shot rounds of 50.


We really enjoyed our competitive and fun rounds on the Gravitee Golf courses and had a drink in the bar area to cool off after the games. I also had a game of Air Hockey against my dad, which I won 7-4. 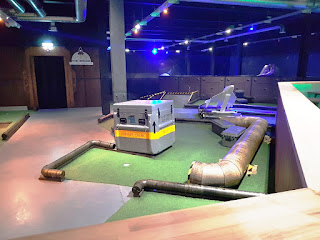 The theming at the indoor Adventure Golf venue is fantastic. The courses were built by the team at HM Adventure Golf. The Martian landscape on the Galactic Explorers course is incredibly well done, while the UV glow-in-the-dark section of the Space Odyssey course is the best I've seen on my travels. 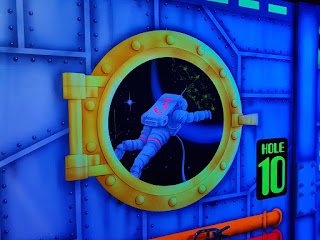 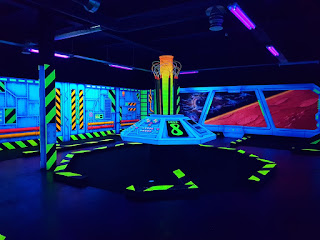 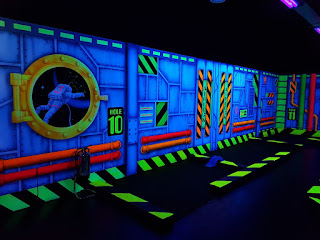 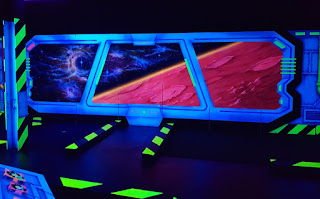 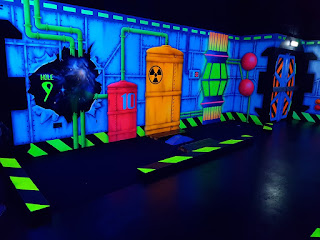 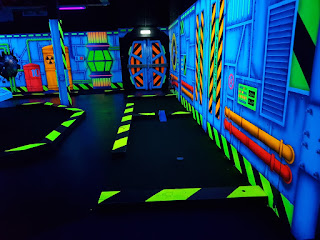 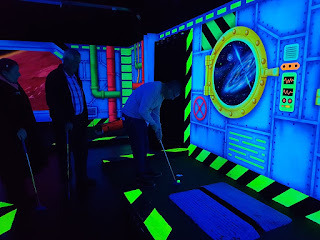 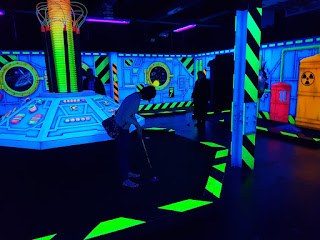 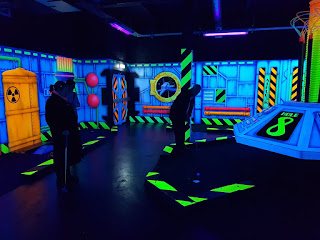 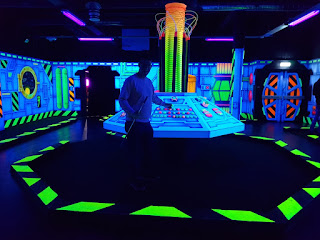