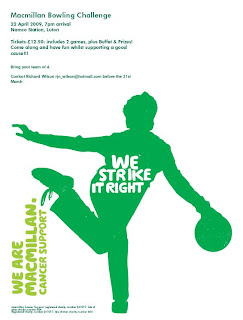 For the third year running the Ham & Eggers Bowling Team will be entering the Macmillan Annual Bowling Challenge at Luton's Namco Station in an attempt to win the prestigious Macmillan Shield.

The event is now in its fourth year and the Ham & Eggers are looking to improve on last years Bronze medal position to lift the trophy this year.

In the first of many pre-Macmillan Annual Bowling Challenge warm-up events, three of last years team took part in the inaugural Luton Bowling Classic on the 29th January, with Richard scoring 225, Mike 193 and Emily 182. 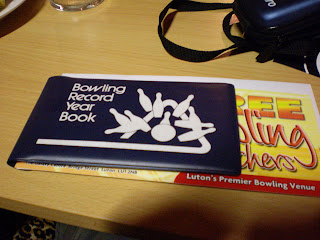